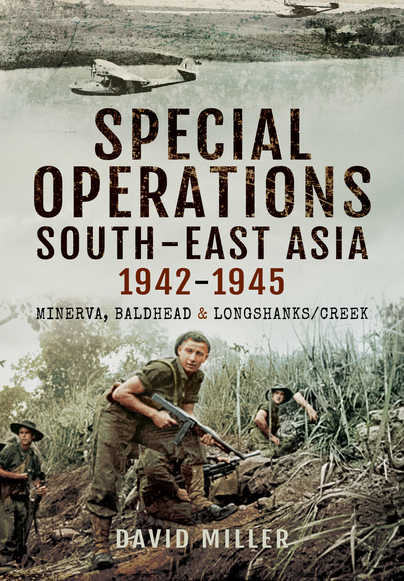 Click here for help on how to download our eBooks
Add to Basket
Add to Wishlist
You'll be £4.99 closer to your next £10.00 credit when you purchase Special Operations in South-East Asia 1942-1945. What's this?
Need a currency converter? Check XE.com for live rates

This book is exceptionally interesting to read, and it is a tribute to these brave men. Their stories need to be told and it is a shame that it has taken all these years for their activities to be kept quiet. The film of the Goa operation has created a myth which when reading the factual evidence is hard to support in many aspects. At least this author’s work is now a mark of respect to these men - several of which died on active service.

When one hears "special operations during WWII" few will think of other continents than Europe and Africa. But special ops were of course also one method of fighting in Asia. David Miller´s book focuses on three special operations in Asia and especially one of them will surprise just about everyone - as the target was not Japanese but German. There is a Swedish connection, too.