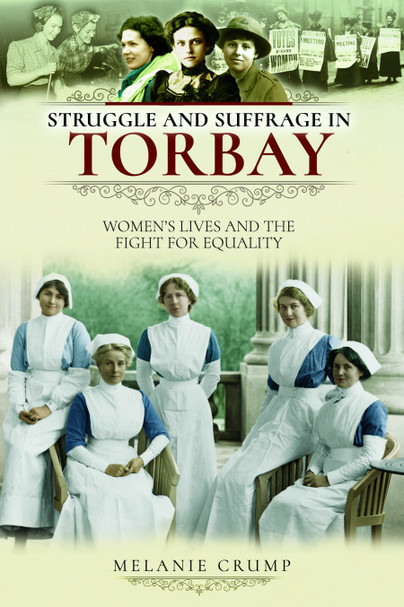 Struggle and Suffrage in Torbay (Paperback)

Add to Basket
Add to Wishlist
You'll be £14.99 closer to your next £10.00 credit when you purchase Struggle and Suffrage in Torbay. What's this?
+£4.50 UK Delivery or free UK delivery if order is over £35
(click here for international delivery rates)

The role of women during the mid-19th to mid-20th century is little documented; however, it was a time of great political and social change. The growth and popularity of seaside resorts after 1850 was a pivotal factor in influencing women's lives and the population fluctuated as temporary residents arrived for seasonal opportunities as entertainers, domestic servants and lodging house keepers. Sea-bathing for its health benefits became fashionable among the aristocracy and the seaside was competing effectively with the already popular spas. The mild, year round climate saw Torbay leading the way as a winter retreat for wealthy invalids, with Torbay being the earliest example of a specialised winter resort.

Struggle and Suffrage in Torbay studies the lives of the women throughout this new trend. With the addition of two world wars and women's suffrage, we clearly see how these factors impacted on women's careers, civil liberties and domestic lives.

This book was so easy to read, it was so well written and I found that I couldn’t read it fast enough! I literally read half the book in one sitting, and then the other half in another!

Melanie Crump is a poet and writer living on the beautiful English Riviera. She regularly performs poetry at local venues and writes nostalgic magazine features. She is passionate about history and the roles of women. No stranger to campaigning herself, she helped create a support group for women recovering from trauma and uses her poetry to raise awareness of domestic abuse. She is currently creating a literary organisation to bring the wonder of words to disadvantaged communities in her region.