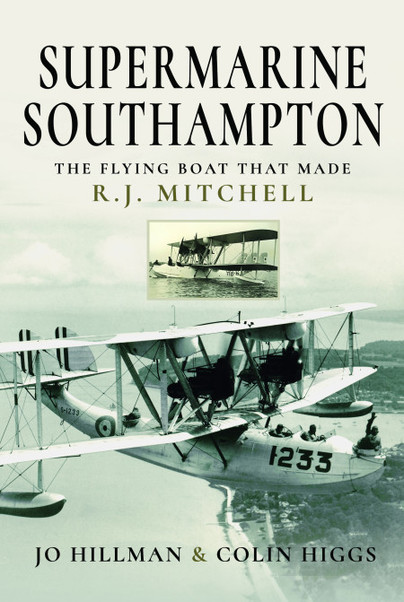 Click here for help on how to download our eBooks
Add to Basket
Add to Wishlist
You'll be £4.99 closer to your next £10.00 credit when you purchase Supermarine Southampton. What's this?
Need a currency converter? Check XE.com for live rates

This is the first published volume dedicated to the Southampton and it is pleasing to record that it covers the subject both comprehensively and readably.

The authors have combined clear text with an outstanding collection of photographs, illustrating the Supermarine Southampton story in design and construction and in service with the RAF, Japanese Navy, Argentina, Turkey and Australia. The Southampton seems an unlikely father of the Spitfire as the design that established RJ Mitchell. – Very Highly Recommended

A largely photographic coverage of the graceful 1920s flying boat designed by R.J. Mitchell of later Spitfire fame. The aircraft also put the Royal Air Force on the map during the same period, with overseas deployments to as far away as Singapore and Australia. A nostalgic look back at a bygone flying era.