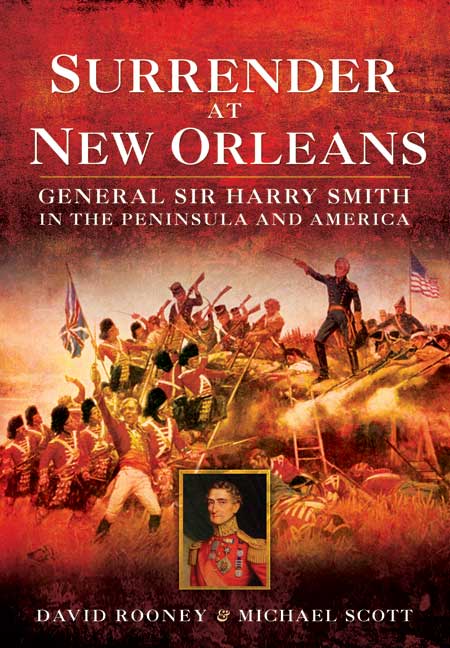 General Sir Harry Smith in the Peninsula and America

Click here for help on how to download our eBooks
Add to Basket
Add to Wishlist
You'll be £4.99 closer to your next £10.00 credit when you purchase Surrender at New Orleans. What's this?
Need a currency converter? Check XE.com for live rates

General Sir Harry Smith won the lifelong respect and affection of the Duke of Wellington. Famously married to the Spanish beauty, Juana, after the siege of Badajoz in 1812, they served together to the end of the Peninsula war. With the French defeated, Harry left with the British expedition to America in 1814, and witnessed the burning of the White House. The fiery Admiral Cochrane raged bitterly “I am sorry you left a house standing in Washington – depend on it, it is a mistaken mercy”. Later, Harry joined Wellington's brother-in-law, Ned Pakenham, in the invasion of Louisiana. On 8 January 1815, they attacked General Jackson's well prepared positions protecting New Orleans. A resounding defeat for the British, in which Pakenham was killed, it fell to Harry to take part in the surrender to General Jackson, and then to convey the dismal news to London. Approaching England, he heard the dramatic news of Napoleon's escape, which led to Harry and Juana's breath-taking experience at Waterloo.

The book covers the extraordinary lives of Harry and Juana, including their achievements and legacy in South Africa, and Harry's model victory in India in 1846, which made him a hero to Queen Victoria and Prince Albert.

The outline of their lives may be known to many, but the details in this carefully researched book will come as a revelation.

This is a gripping story of love and war, worthy of a well-crafted novel and all the more absorbing as a true story of two extraordinary characters.