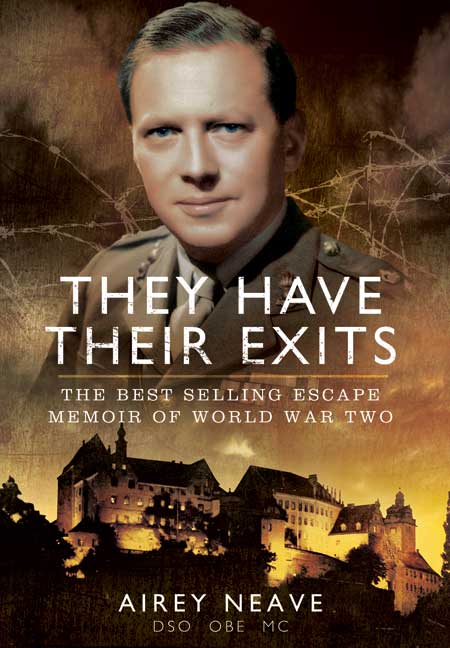 They Have Their Exits (ePub)

Click here for help on how to download our eBooks
Add to Basket
Add to Wishlist
You'll be £4.99 closer to your next £10.00 credit when you purchase They Have Their Exits. What's this?
Need a currency converter? Check XE.com for live rates


I have watched the classic BBC production ‘Colditz’ several times, in my mind one of the great television dramas of the age. ‘They Have Their Exits’ was first published in 1953 and continues to stand in the premier division of military memoirs. The author, who as a senior member of Mrs Thatcher’s Government was tragically assassinated by the IRA, had the most distinguished of war records. Wounded and taken prisoner in the desperate fighting at Calais in 1940, he became a compulsive escaper and the first one of the very few to make a ‘home-run’ from Colditz Castle. Thereafter he rejoined the fighting serving in France and Holland before becoming a member of the International Military Tribunal at the Nuremburg War Crimes trials. There he was to meet the most notorious members of the Nazi hierarchy as they faced justice and, in many cases, death. This book is a fitting memorial to a man of exceptional energy, initiative and courage.