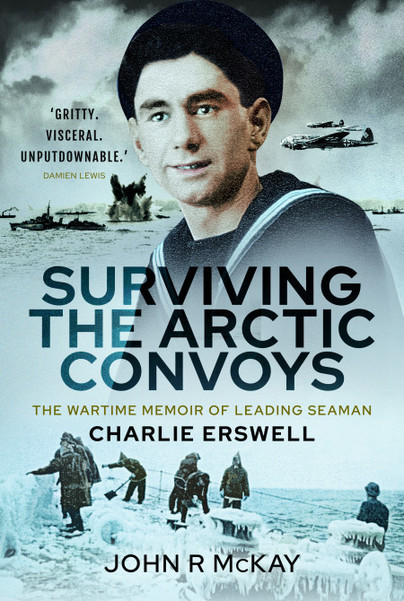 You'll be £4.99 closer to your next £10.00 credit when you purchase Surviving the Arctic Convoys. What's this?
Need a currency converter? Check XE.com for live rates

This was an enjoyable read and an eye-opener for readers who have not realised the importance of the Arctic convoys and the men who fought to keep them afloat.

As featured in: 'A Christmas in Service'

"This is an excellent account of these terrible journeys, I would very highly recommend it to our readers."

Military history fans are sure to thrill to Erswell’s account of combat, and will certainly learn something new. Seafarers may get extra
enjoyment in seeing some familiar locations as they were during the 1940s, from the Arctic to the Red Sea, and in having a look at life onboard under the harshest conditions imaginable. This is a gripping account of a truly remarkable life.

The Nautilus Telegraph, 'Book of the Month', November 2021 Issue.