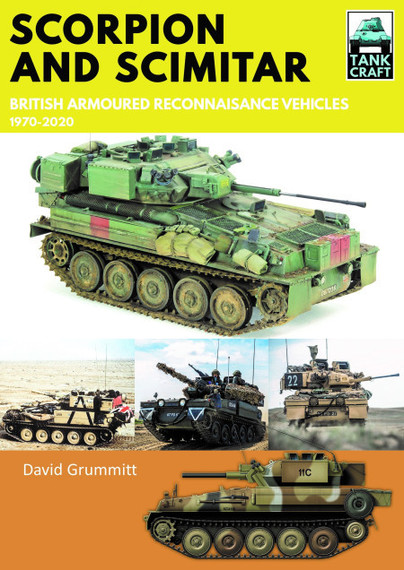 Preorder
Add to Wishlist
You'll be £13.59 closer to your next £10.00 credit when you purchase Tank Craft 33: Scorpion and Scimitar. What's this?
+£4.50 UK Delivery or free UK delivery if order is over £35
(click here for international delivery rates)

The British Scorpion and Scimitar are among the most successful armoured reconnaissance vehicles ever built and, almost fifty years after the initial design was introduced, updated versions are still in service today. These compact, manoeuvrable and fast-moving light tanks played a significant peace-keeping role in conflict zones around the world and went into action during wars in the Falklands, the Gulf and Iraq. They are also a popular subject with tank modellers and enthusiasts which is why David Grummitt’s expert history and guide is such a valuable source of reference.

As well as describing in detail their technical development and operational history, he gives a full account of the wide range of modelling kits and accessories available in all the popular scales. Included is a modelling gallery which features six builds covering a range of Scorpions and Scimitars serving with different nations and a section of large-scale colour profiles which provide both information and inspiration for modellers and military enthusiasts alike.