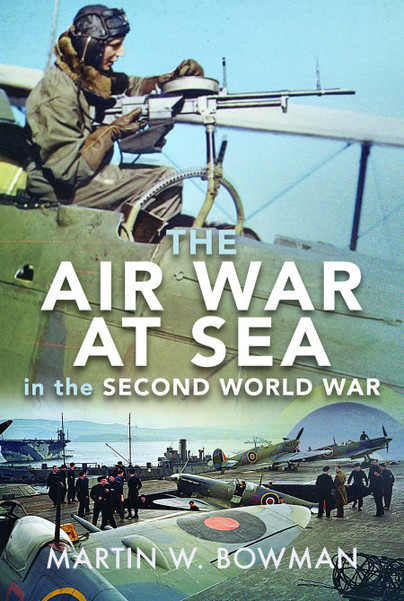 The Air War at Sea in the Second World War (Hardback)

Preorder
Add to Wishlist
You'll be £20.00 closer to your next £10.00 credit when you purchase The Air War at Sea in the Second World War. What's this?
+£4.50 UK Delivery or free UK delivery if order is over £40
(click here for international delivery rates)

Martin Bowman’s considerable experience as a military historian has spanned over forty years, during which time he has spent hundreds of hours interviewing and corresponding with numerous men and women and their relatives, in Britain, America and beyond, resulting in a wealth of material on the war at sea from World War One to the Falklands and the wars on terror.

All these narratives have been woven into a highly readable and emotional outpouring of life and death in action in all his titles, as here, in World War Two, where the men of the Fleet Air Arm and the US Navy fighter (operating bomber and torpedo carrying aircraft) describe the compelling, gripping and thought-provoking narrative of the air war in the freezing Atlantic wastes to the waters of the mighty Pacific.