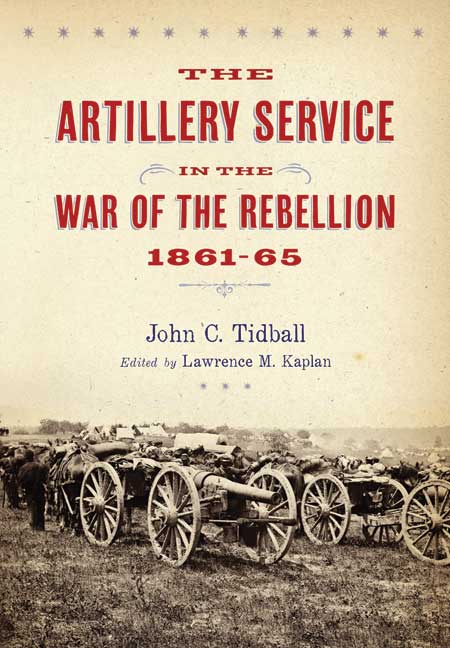 The Artillery Service in the War of the Rebellion (Hardback)

Add to Basket
Add to Wishlist
You'll be £25.00 closer to your next £10.00 credit when you purchase The Artillery Service in the War of the Rebellion. What's this?
+£4.50 UK Delivery or free UK delivery if order is over £35
(click here for international delivery rates)

The Artillery Service in the War of the Rebellion, 1861–65, is a comprehensive overview and analysis of the U.S. Army's field artillery service in the Civil War's principal battles, written by John C. Tidball, a distinguished artilleryman of the era. The overview, which appeared in the Journal of the Military Service Institution from 1891 to 1893, and nearly impossible to find today, examines the Army of the Potomac, including the battles of Fair Oaks, Gaines's Mill, Mechanicsville, Malvern Hill, Antietam, Fredericksburg, Chancellorsville, and Gettysburg; the Army of the Tennessee, including the battles of Stones River and Chickamauga, and the Army of the Ohio's battle of Shiloh. Tidball, a decorated Civil War veteran and superintendent of artillery instruction for the army, expertly presents the war through an artilleryman's eyes in explaining the organization, equipping, and manning of the artillery service. His analysis highlights how the improper use of artillery, tying batteries down to relatively small
infantry commands that diluted their firepower, seriously undermined the army's effectiveness until reforms produced independent artillery commands that could properly mass artillery fire in battle.

Being a history lover, I was very excited to peruse this collection of essays by General John Tidball, edited by Lawrence Kaplan. I learned so much detail about some of the major battles of the Civil War, and it just kept my mind going. I recommend this book to any history lover, and will definitely be referring back to this.