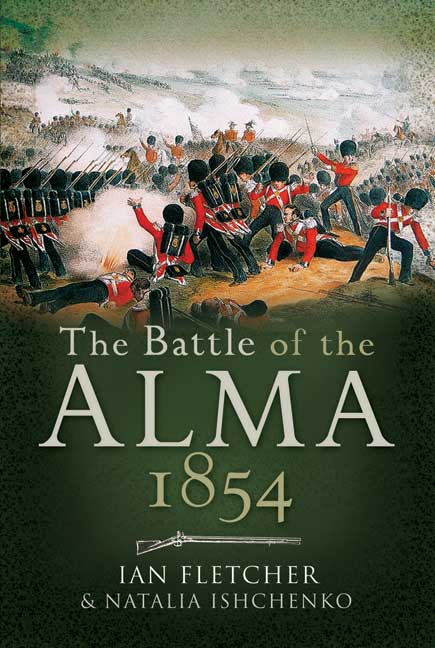 First Blood to the Allies in the Crimea

Click here for help on how to download our eBooks
Add to Basket
Add to Wishlist
You'll be £4.99 closer to your next £10.00 credit when you purchase The Battle of the Alma 1854. What's this?
Need a currency converter? Check XE.com for live rates

On 20 September 1854 the combined British and French armies confronted the Russians at the river Alma in the critical opening encounter of the Crimean War. This was the first major battle the British had fought on European soil since Waterloo almost 40 years before. In this compelling and meticulously researched study, Ian Fletcher and Natalia Ishchenko reconstruct the battle in vivid detail, using many rare and unpublished eyewitness accounts from all sides - English, French and Russian. Their groundbreaking work promises to be the definitive history of this extraordinary clash of arms for many years to come. It also gives a fascinating insight into military thinking and organization in the 1850s, midway between the end of the Napoleonic era and the outbreak of the Great War.

.. As Fletcher and Ishchenko argue in this highly readable new account..

..The strengths of Fletcher and Ishchenko's book is its research into Russian language as well as English sources, their skilful blending of first-hand accounts into the text, and the fact tat they have walked the terrain. Following on from their early book The Crimean War: Clash of Empires, this is a most welcome addition to the library of books on this war.