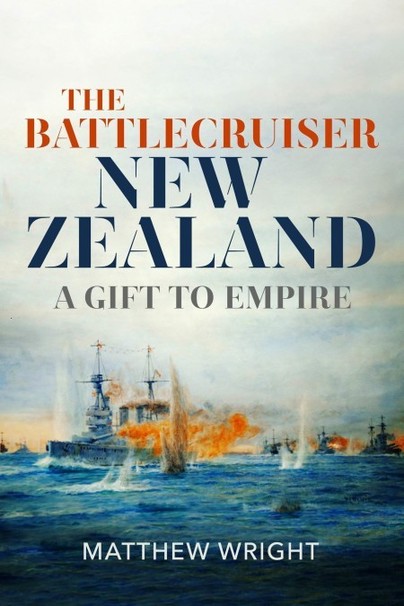 You'll be £25.00 closer to your next £10.00 credit when you purchase The Battlecruiser New Zealand. What's this?
+£4.50 UK Delivery or free UK delivery if order is over £35
(click here for international delivery rates)

"It is well produced, photos include original builders plans, and it is a recommended read for
anyone interested in both naval and wider New Zealand history."

"Matthew Wright, the author of The Battlecruiser New Zealand has provided an interesting piece of history previously unknown to the reviewer. It is exceptionally well referenced quoting from both New Zealand and British sources and includes many interesting illustrations."