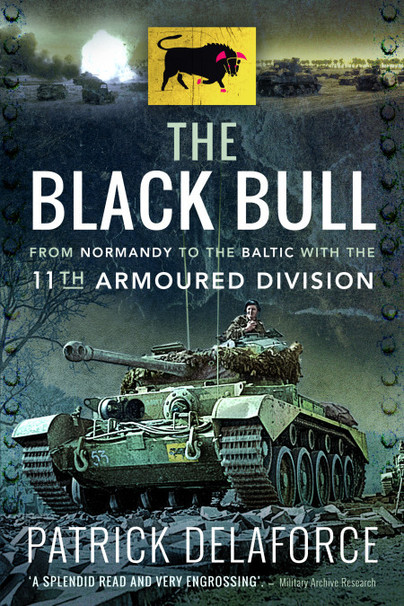 Add to Basket
Add to Wishlist
You'll be £14.99 closer to your next £10.00 credit when you purchase The Black Bull. What's this?
+£4.50 UK Delivery or free UK delivery if order is over £40
(click here for international delivery rates)

The 11th Armoured Division, famous for its Black Bull insignia, was widely recognized as being among the best armoured divisions in north-west Europe during the Second World War. This book tells the story of the Division in the words of the soldiers who fought with it: of its part in the three ferocious battles in Normandy Operations EPSOM, GOODWOOD and BLUECOAT, the great Swan to Amiens, the taking of Antwerp; right flanking for MARKET GARDEN, back-up in the Ardennes and the final slog into Germany across well-defended river barriers, to the liberation of Belsen, Lbeck and the Danish frontier. The Division suffered 10,000 casualties, with almost 2,000 lost in action, and so this is also a story of courage and the hardships of a winter campaign, of being wounded, comradeship and fighting fear.

This is a book that will be of great interest to military historians.

This is a great addition to the bookshelf-- and a welcome treat for those times when you are suffering from a modeling burnout and looking for inspiration or just wanting to enjoy a good read by the fire or the air conditioner depending on the season. One has to search extensively for movies and entertainment that has British armour operations as the focus, but hopefully with good resources such as this, one might see something forthcoming. I was reminded in reading of one episode in Band of Brothers ("Replacements") that featured the 11th- which made me pull out my DVD copy to re-watch. If you are looking for a good account of operations from the perspective of those who were there, look no further.

Highly Recommended for those interested in British WWII armour operations.

Armoured warfar in the closing year of the war.

This gives a readable account of one armoured warfare units action from day until the end which makes this an amazing and readable book.

For anyone who likes their book to be full of action and puts you in the tank with the men.

This re-release of a 1993 publication really stands the test of time. It offers a description of the progress of the 11th Armoured Division from Normandy to the end of WW2. It uses personal accounts and some very good insights into some lesser known actions. Being very well aquatinted with Antwerp, I found the detailed descriptions of the actions in the city and docks area most interesting.