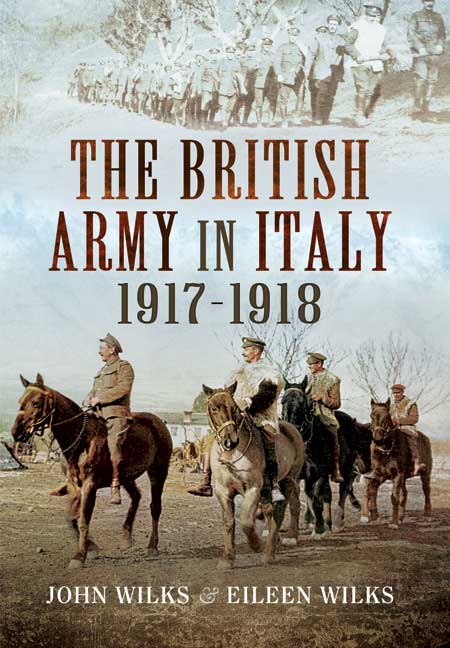 The British Army in Italy (ePub)

Click here for help on how to download our eBooks
Add to Basket
Add to Wishlist
You'll be £4.99 closer to your next £10.00 credit when you purchase The British Army in Italy. What's this?
Need a currency converter? Check XE.com for live rates

In October 1917 French and British troops were sent to Italy after a German-Austrian army broke through the Italian front at Caporetto and began an advance almost to the gates of Venice. These forces played a notable part, initially in a reserve and support role during the Italian defence of the Piave in 1917, then in the defeat of the Austrian June Offensive, and finally in the totally defeat of the Austrian Army in October 1918.

Today these events are barely remembered. No full account has appeared since the publication of the Official British History in 1945, even though the British Expeditionary Force was one of the best conducted and most successful in the First World War, and British divisions formed the spearhead of the final drive across the Piave River leading to the total defeat of the Austrian Army.

Since the official British account in 1945 much new information has appeared both in the Italian Official History published between 1967 and 1988, and in the British records only accessible after a 70-year embargo. In this authoritative and readable account the authors, drawing on all the information now available, describe how the Joint Force came to be sent, the sometimes acrimonious discussions between the Allies the actions involved and the varied events which led to some later disillusionment in the Italian political scene.

As featured in Nuneaton News

This is a useful account of the British contribution to the fighting in Italy in 1917-18.