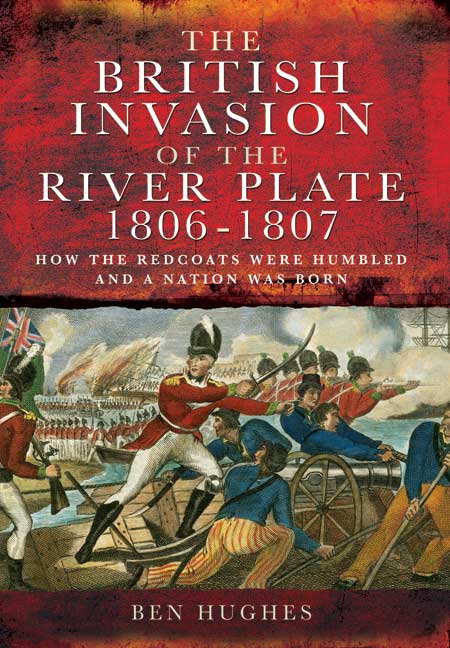 How the Redcoats Were Humbled and a Nation Was Born

Click here for help on how to download our eBooks
Add to Basket
Add to Wishlist
You'll be £4.99 closer to your next £10.00 credit when you purchase The British Invasion of the River Plate 1806-1807. What's this?
Need a currency converter? Check XE.com for live rates

In 1806 a British expeditionary force captured Buenos Aires. Over the next eighteen months, Britain was sucked into a costly campaign on the far side of the world. The Spaniards were humbled on the battlefield and Montevideo was taken by storm, but the campaign ended in disaster when 6000 redcoats and riflemen surrendered following a bloody battle in the streets of the Argentine capital. So ended one of the most humiliating – and neglected – episodes of the entire Napoleonic Wars.

In The British Invasion of the River Plate Ben Hughes tells the story of this forgotten campaign in graphic detail. His account is based on research carried out across two continents. It draws on contemporary newspaper reports, official documents and the memoirs, letters and journals of the men who were there.

He describes the initially successful British invasion, which was stopped when their troops were surrounded in Buenos Aires’ main square and forced to surrender, and the second British attack which was eventually defeated too. His narrative covers the course of the entire campaign and its aftermath. While focusing on the military and political aspects of the campaign, his book gives an insight into the actions of the main protagonists – William Carr Beresford, Sir Home Popham, Santiago de Liniers and ‘Black Bob’ Craufurd – and into the experiences of the forgotten rank and file.

He also considers the long-term impact of the campaign on the fortunes of the opposing sides. Many of the British survivors went on to win glory in the Peninsular War. For the Uruguayans and Argentines, their victory gave them a sense of national pride that would eventually encourage them to wrest their independence from Spain.

Other titles in Praetorian Press...