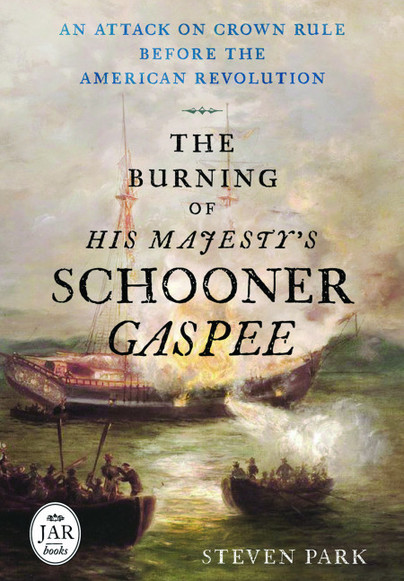 The Burning of His Majesty's Schooner Gaspee (Hardback)

An Attack on Crown Rule Before the American Revolution

Add to Basket
Add to Wishlist
You'll be £13.99 closer to your next £10.00 credit when you purchase The Burning of His Majesty's Schooner Gaspee. What's this?
+£4.50 UK Delivery or free UK delivery if order is over £35
(click here for international delivery rates)

Between the Boston Massacre in 1770 and the Boston Tea Party in 1773a period historians refer to as the lulla group of prominent Rhode Islanders rowed out to His Majestys schooner Gaspee,which had run aground six miles south of Providence while on an anti-smuggling patrol. After threatening and shooting its commanding officer, the raiders looted the vessel and burned it to the waterline.

Despite colony-wide sympathy for the June 1772 raid, neither the government in Providence nor authorities in London could let this pass without a response. As a result, a Royal Commission of Inquiry headed by Rhode Island governor Joseph Wanton zealously investigated the incident. In The Burning of His Majestys Schooner Gaspee: An Attack on Crown Rule Before the American Revolution, historian Steven Park reveals that what started out as a customs battle over the seizure of a prominent citizens rum was soon transformed into the spark that re-ignited Patriot fervor. The significance of the raid was underscored by a fiery Thanksgiving Day sermon given by a little-known Baptist minister in Boston. His inflammatory message was reprinted in several colonies and was one of the most successful pamphlets of the pre-Independence period. The commission turned out to be essentially a sham and made the administration in London look weak and ineffective. In the wake of the Gaspee affair, Committees of Correspondence soon formed in all but one of the original thirteen colonies, and later East India Company tea would be defiantly dumped into Boston Harbor.

Park, a professor of maritime studies at the University of Connecticut, has written a highly readable and well-researched book utilizing both American and British sources that should be required reading for students of Rhode Island history. His extensive section of endnotes (50 pages) and comprehensive bibliography will be invaluable to researchers.

Steven Park examines the Gaspee affair more thoroughly than ever before, explaining not only the events on a fateful night in 1772, but the long series of political, legal and commercial activities that led to them. Also compelling is the detailed story of the legal proceedings that followed, which pitted an investigative commission hamstrung by procedural considerations against colonial officials determined to prevent any individual from being brought to trial. Most important, the author demonstrates the critical role that the burning of the Gaspee played in escalating the tensions that had been building for a decade.

Steve Park has a commanding knowledge of maritime history and in this book presents areas previously unexplored in the rich history of the "quiet years" immediately preceding the American Revolution. As the whole Gaspee Affair plays out, it was anything but "quiet". The Burning of His Majesty's Schooner Gaspee brings together extensive new research and insight into America's First Blow for Freedom.