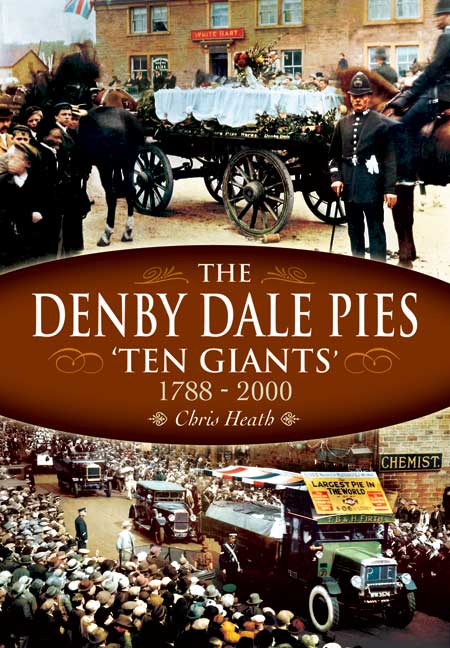 Click here for help on how to download our eBooks
Add to Basket
Add to Wishlist
You'll be £4.99 closer to your next £10.00 credit when you purchase The Denby Dale Pies. What's this?
Need a currency converter? Check XE.com for live rates

The quiet, rural, unassuming village of Denby Dale, situated by the river in the Upper Dearne Valley between Huddersfield and Barnsley has a major and unique culinary claim to fame.

Once a generation, a gigantic meat and potato pie is cooked and eaten by the villagers amidst scenes of pomp, splendour and celebration, the occasions of which are attended by many thousands of people.

This book investigates and celebrates the origins of a tradition that dates back more then two hundred years. It examines the people involved, and captures the social history of the village as it developed amidst its pie baking traditions.

Included within this volume are the full details of the twelve tonne monster pie cooked in 2000 as well as the complete stories of earlier successes and failures including the riots and disasters connected with some of the previous bakes.

With over 350 photographs, many of which have never been published before, this book represents the definitive history of the Denby Dale Pies.


A really special All Our Yesterday's treat this week with a look back at the history of the world famous Denby Dale Pie.

The information and photographs are in a great new book called The Denby Dale Pies – Ten Giants written by local historian Chris Heath. It takes you through the history of all 10 pies – including the disasters and even tragedies along the way- and features over 350 black and white photographs.