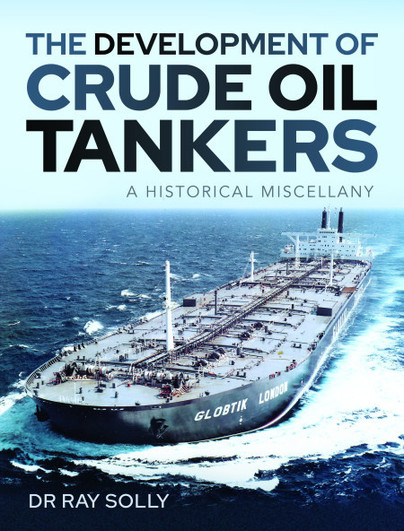 Click here for help on how to download our eBooks
Add to Basket
Add to Wishlist
You'll be £15.59 closer to your next £10.00 credit when you purchase The Development of Crude Oil Tankers. What's this?
Need a currency converter? Check XE.com for live rates

Considering that oil tankers are some of the largest steel constructions on the planet there is relatively little published for the general reader about their construction and development.
This book is an excellent introduction to a vital part of the world’s shipping. Highly recommended even if you don’t have the sea in your blood.

"There is little to fault in The Development of Crude Oil Tankers. Written by an experienced operator, supported by superb photographs and drawings, the book can only be described as a ‘must have’ for ship enthusiasts."