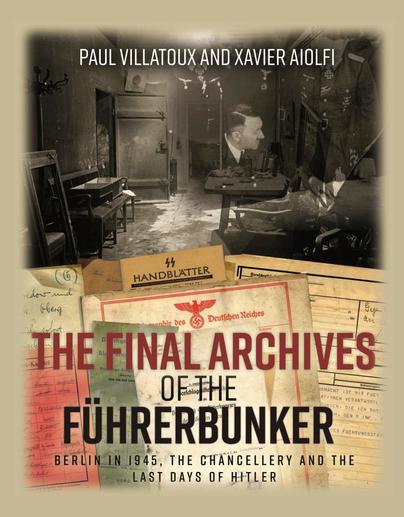 The Final Archives of the Führerbunker (Hardback)

Berlin in 1945, the Chancellery and the last days of Hitler

Preorder
Add to Wishlist
You'll be £23.99 closer to your next £10.00 credit when you purchase The Final Archives of the Führerbunker. What's this?
+£4.50 UK Delivery or free UK delivery if order is over £35
(click here for international delivery rates)

Includes photographs of the documents that survived the fires set in the bunker at the Chancellory in Berlin in April 1945, from the last orders sent out to drawings by Bormann's children. With a description and diagrams of the bunker where Hitler oversaw the disintegration of his armies in April 1945, and account of the last days there. A unique snapshot not only into the last days of the Third Reich but also into Berlin following the end of World War II.