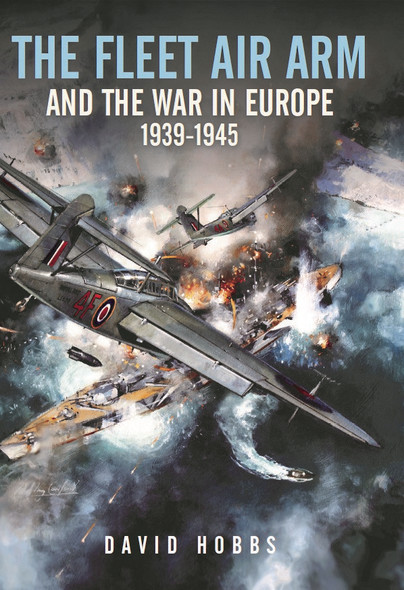 Click here for help on how to download our eBooks
Add to Basket
Add to Wishlist
You'll be £16.99 closer to your next £10.00 credit when you purchase The Fleet Air Arm and the War in Europe, 1939–1945. What's this?
Need a currency converter? Check XE.com for live rates

"David Hobbs has delivered a most comprehensive and well-researched account of FAA activities in northern European waters, illuminated throughout with a huge selection of photographs, many of them from his own collection. Produced to a high standard by Seaforth, this volume provides a fitting conclusion to his six-volume history of British naval aviation."

As with other books from this author, this one is excellent and must for anyone interested in naval aviation or if you just want a really good factual read and history lesson thrown in.

"With lots of action it rattles along and is a very good read."

The Armourer Magazine, May 2022

Featured as BOOK OF THE MONTH in

This is a cracking new book by David Hobbs, telling the story of the Fleet Air Arm, the impact of which went contrary to its numbers.  It had around 406 pilots. And 232 front line aircraft ready for operations in 1939. By the end of World War Two, it had expanded to over 3000 pilots and over 1,000 aircraft.  But the role of Royal Navy pilots was to be a continued crucial factor throughout the war.  Key elements. of the Air Arms role throughout the war included the Norway Campaign, the crippling of the Bismarck, the sorties. Against the Scharnhorst and Gneisenau in the channel.

They are frankly far too numerous to mention, running as they do from the start to the finish of the war, but the serious student should be reassured to know that they are well covered in detail in this exceedingly well-researched book.