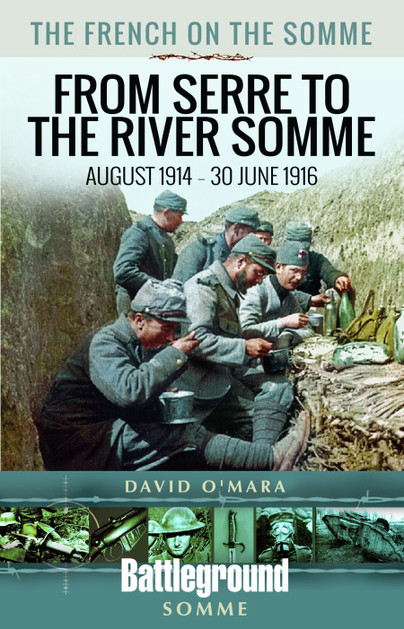 Add to Basket
Add to Wishlist
You'll be £8.99 closer to your next £10.00 credit when you purchase The French on the Somme – From Serre to the River Somme. What's this?
+£4.50 UK Delivery or free UK delivery if order is over £35
(click here for international delivery rates)

For many British visitors, the fighting in the Somme starts on 1 July 1916 and few consider what happened in the area before the British took over the line, part in later 1915 and some in 1916.

In fact there was extensive fighting during the opening phase of he war, as both the French and Germans tried to outflank each other. Through the autumn and winter there was a struggle to hold the best tactical ground, with small scale but ferocious skirmishes from Beaumont Hamel to the Somme.

The conflict in what became known as the Glory Hole, close to the well known Lochnagar Crater, was particularly prolonged. Evidence of the fighting, mainly in the form of a large mine crater field, is visible today. The underground war was not confined to la Boisselle, with a similar crater field developing on Redan Ridge; whilst south of the Somme, to be covered in a future volume, great lengths of No Man's Land were dominated by mine craters.

Serre, best known to British readers for its association with the Pals Battalions on 1 July 1916, witnessed a significant, if local, French offensive in June 1915, with casualties running into the several thousands. It is a battle that has left its mark on the landscape today, with a French national cemetery and a commemorative chapel acting as memorials to the battle.

The book is introduced by a chapter describing the role of the area in the Franco-Prussian War of 1870-71, a war which arguably provided the seed bed for the outbreak of war in 1914. Several battles were fought in Somme villages that were to become the victims of war all over again forty plus years later.

Well researched, well written and concise this, like the other titles in the series, is an invaluable guide to the battlefield, providing not only directions and information, but historical accounts and context which sets these works apart form the mainstream. 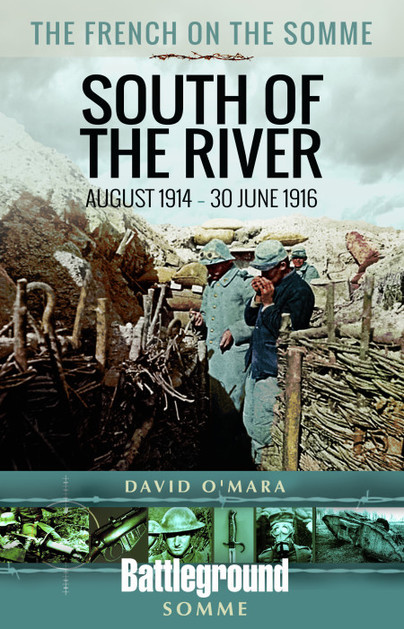 The ‘twin’ volume to that covering the French army north of the Somme before 1 July 1916, this book covers an almost unknown period to the average British visitor to the Somme. It also aims to serve as a ‘prequel’ to the events of the 1916 Battle of the Somme, though the ground covered in this volume is, perhaps, less familiar – but just as interesting and historic - territory. Beginning with the events of an earlier German invasion in the area, the book will also take a brief look at the period immediately prior to the outbreak of the Great War and includes a short study of the local…