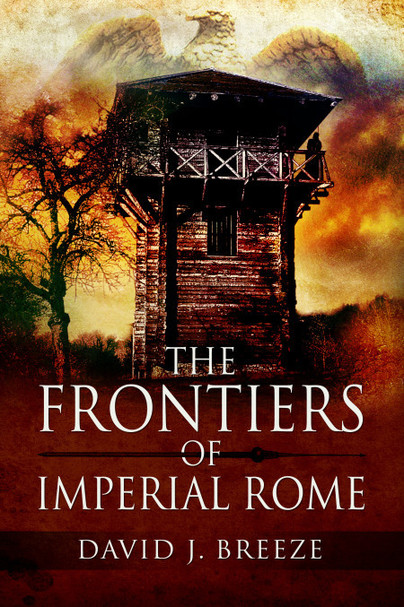 The Frontiers of Imperial Rome (Paperback)

Add to Basket
Add to Wishlist
You'll be £14.99 closer to your next £10.00 credit when you purchase The Frontiers of Imperial Rome. What's this?
+£4.50 UK Delivery or free UK delivery if order is over £35
(click here for international delivery rates)

This is a fascinating book, providing an excellent overview of the huge array of border fortifications built by the Romans around their Empire, along with a discussion of what these buildings were actually meant to achieve – customs post, military frontier or an early version of the Berlin wall!

This book does not just cover the technical aspects of fortified structures but offers a macro perspective on role and functions the Roman fortifications served. The author carefully distinguishes terms such as “boundaries” and “frontiers” and what they signified as the geopolitical situation for the empire changed over time. For instance, due to the disastrous outcome of the Battle of the Teutoburg Forest, in which three Roman legions were decimated, Roman expansionist policy took a severe blow, thereby effectively discouraging any major advances into the German hinterland. In essence, Professor Breeze interweaves politics, economics, and social dynamics into military fortification, thereby making the book all the more interesting and a worthy read for anyone who wishes to delve deep into the subject.

This volume is essential reading for frontier aficionados.

The author prepared the bid for World Heritage Site status for the Antonine Wall and is the leading archaeologist in the study of the frontier zones of Imperial Rome. This is a work of scholarship that is very readable and very well illustrated – Most Highly Recommended.

A seminal work of impressively meticulous and documented scholarship written for the benefit of academia -- but one with all the flair of a deftly crafted and engaging history for the benefit of interested non-specialist general readers, "The Frontiers of Imperial Rome" is a detailed and wide-ranging study of the frontier systems of the Roman Empire.

We are used to seeing documentaries and films (Gladiator, for example) featuring battles involving the furthest outposts of the Roman Empire. David Breeze's book examines those furthest outposts in great detail and provides essential information on how they were managed by the mightiest army in the history of the world.

Living in East Kent, we are surrounded by Roman footprints, Canterbury, Reculver and Richborough…

But what about right out there on the edge of empire? This book not only covers the structures but also includes the impact these frontiers had on the local civilian population and how the frontiers were run by the Roman military.

It shows us how the frontiers were made or used natural landmarks to construct the border.