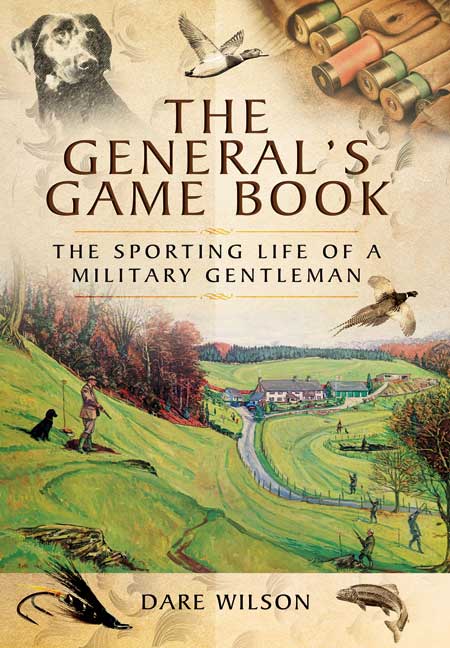 The Sporting Life of a Military Gentleman

Add to Basket
Add to Wishlist
You'll be £19.99 closer to your next £10.00 credit when you purchase The General's Game Book. What's this?
+£4.50 UK Delivery or free UK delivery if order is over £35
(click here for international delivery rates)

Dare Wilson's sporting career dates back to 1920s when, as a small boy, he started fishing in Northumberland on River Derwent. Since then as he has pursued successful careers in the Army and Conservation, he has fished and shot all over the world; turkey hunting and snake catching in Georgia, pheasants in Korea, sand grouse and quail in Palestine, geese in Ireland, ducks in Manitoba.

A natural story teller, General Wilson's sporting career almost ended while wildfowling in The Wash in early 1939 – he, his Cambridge University friends and their dogs were saved by a miracle. An uninterrupted line of black Labradors have shared Dare's experiences. The current one, is the 12th.

For good measure the General tells of his thrilling winter sports (skiing and cresta) and parachuting experiences. His team of SAS free-fallers broke the World Record in 1962 – tragically one member died.

Dare may have lived life on the edge but the risks he has taken have always been carefully calculated. Had they not been he would not still be an active fisherman and shot in his 90's. This is a treasure trove of sporting stories.

A treasure trove of sporting stories.

Major General Dare Wilson has published a vivid collection of his 85 years of escapades hunting, shooting and fishing all over the world. Drawing on his expansive collection of old shooting registers, notebooks and diaries spanning almost nine decades of sporting activity, he interweaves sporting memories with his recollections of postings, assignments and responsibilities as a high-ranking military man.

A natural storyteller. The General's Game Book is a treasure trove of sporting anecdotes which will surely delight all those who share the author's love of the countryside.