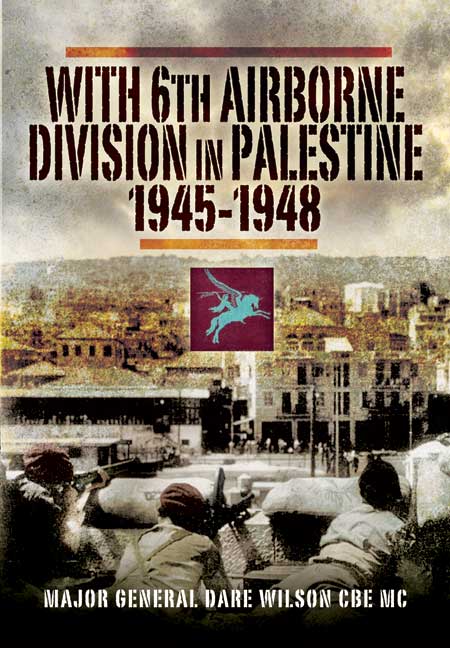 Click here for help on how to download our eBooks
Add to Basket
Add to Wishlist
You'll be £4.99 closer to your next £10.00 credit when you purchase With 6th Airborne Division in Palestine 1945-48. What's this?
Need a currency converter? Check XE.com for live rates

The 6th Airborne Division was a major element of the British Security Force in Palestine between September, 1945 and May 1948. Faced with the unenviable task of upholding the law in a lawless country, the individual British soldier had to face continual opposition from a hostile Jewish community. This story is described by General Wilson, then a Major, who served with the division during this period. The mission of British forces was simply "to keep the peace". To achieve this goal, the 6th Airborne Division conducted a variety of counter-insurgency operations in both urban and rural environments. These operations were designed to locate illegal arms caches, limit Jewish-Arab violence and capture dissidents who had attacked British positions. The destruction of the King David Hotel, the most famous terrorist attack of the Mandate period, is treated in great detail. With 6th Airborne Division in Palestine 1945 - 48 is a tribute to the British soldier. It is also an excellent case study in unconventional warfare. It will be of great interest to any student of the intricate problem that Palestine presents.

The chronological narrative describes the numerous political issues and the course of events from their perspective, explaining in detail the effective counter-insurgency tactics which the Division evolved. It also demonstrates the quite remarkable restraint and professionalism which was shown by the troops who were thrust into this quite impossible situation.

The 6th Airborne Division was disbanded in line with peacetime reductions prior to its withdrawal from Palestine on 1 April 1948. Originally published in 1948 as CORDON AND SEARCH when the author was a relatively junior officer, WITH 6TH AIRBORNE DIVISION IN PALESTINE, 1945-1948, remains entirely relevant not just as the definitive history of the division's exemplary tour but as an expert description of how counter-insurgency operations should be conducted.

A valuable tool to understanding the events of the time...This classic book shines a light into one of the less well-known corners of GPR history-Recommended!