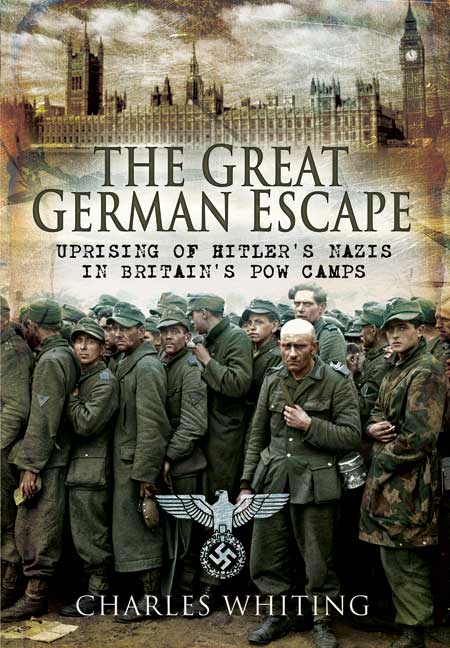 Add to Basket
Add to Wishlist
You'll be £12.99 closer to your next £10.00 credit when you purchase The Great German Escape. What's this?
+£4.50 UK Delivery or free UK delivery if order is over £35
(click here for international delivery rates)

Throughout the Second World War there had been a potentially lethal Trojan horse inside Britain; from Comrie in Northern Scotland, down to Devizes in Wiltshire, in every city, in every race course of any note, in every football ground, were German POWs. Nearly a quarter of a million of them in fact; fit, virile young men, and a goodly number of them fanatical National Socialists. Now what would these young men do if they were armed and given a plan which transcended merely escaping? What if these desperate young men, were given the promise of an airborne landing by German forces in Britain: the vital support they needed to capture their main objective – London? This is the gripping story of their abortive mass escape plan and the covert operations that went with it.

The book will appeal to anyone interested in British or German history as well as the conflict itself. It may even leave you wanting to read it again as there really is so much to take in.