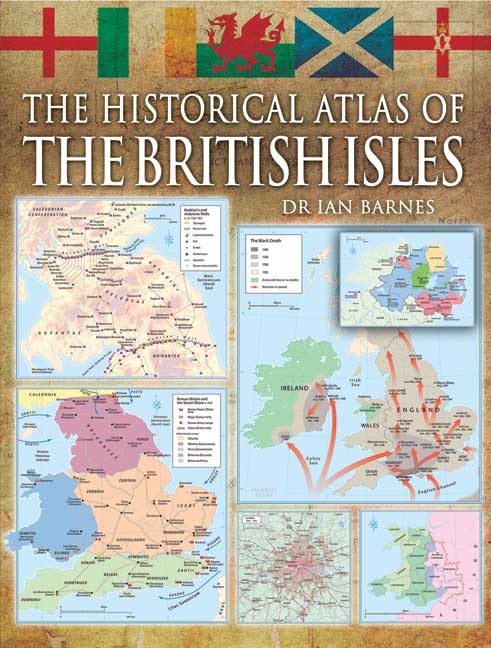 The Historical Atlas of the British Isles (ePub)

Click here for help on how to download our eBooks
Add to Basket
Add to Wishlist
You'll be £4.99 closer to your next £10.00 credit when you purchase The Historical Atlas of the British Isles. What's this?
Need a currency converter? Check XE.com for live rates

This atlas covers the history of the British Isles from earliest times to the present day. The first hunter-gatherers, who crossed into what would become our familiar islands by the land-bridge, and later followed by more familiar peoples the Celts, Angles, Saxons,Vikings and Normans, who together would create our islands unique history. Each contributed ideas which shaped our lands, languages and thoughts that are at the core of our identities to this day.

This story is illustrated with 150 full-colour maps and plans that range across many topics, such as agricultural, political and industrial revolutions. The expansion of our islands peoples across the oceans and the lasting legacy that movement left on the world and on our home islands. We show the fluctuating fortunes of the states we now identify ourselves by, from an Anglo-Scottish imperium to devolved power, independence and the often painful process by which the modern map of our islands evolved.The forces of history and religion divided the islands peoples but our DNA unites us much more that most would realise the islands have gone on to embrace new cultures that have come to seek refuge, opportunity and equalitry this is a peoples history.

An insight into the history, formation, and expansion of the British Isles, from the first settlers in 900 BC, the Viking invasions, and the Battle of Hastings, to the Wars of the Roses and the Great Fire of London. A must for all history enthusiasts!