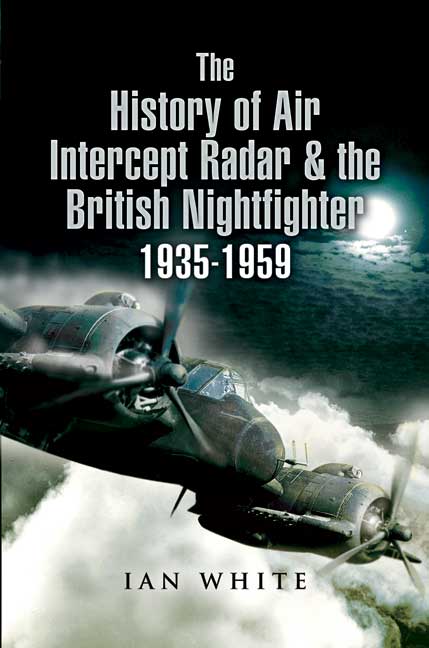 Click here for help on how to download our eBooks
Add to Basket
Add to Wishlist
You'll be £4.99 closer to your next £10.00 credit when you purchase The History of the Air Intercept Radar and the British Nightfighter 1935-1959. What's this?
Need a currency converter? Check XE.com for live rates

This is the history of Air Intercept (AI) radar and its use in night-fighters in defence of the UK and in the protection of RAF bomber forces. It is set against the political, military, economic and technological background of world events. Beginning in 1935, it describes the events leading up to the creation of the Air Ministry Research Establishment and the work of the Establishment’s Airborne Group under Dr Edwin Bowen and the building of the first 1.5 metre AI Mk 1 and later versions that saw use during the winter Blitz in Blenheim night-fighters and Mosquito during the Baedeker Raids. It covers the introduction of centimetric technology at the Telecommunications Research Establishment and the creation of centimetric AI (Mks VII – IX) and their installation in the Beaufighter and later marks of the Mosquito. It describes the creation of the Radiation Laboratory at the Massachusetts Institute of Technology, and the development the SCR 720 radar and its adoption by the RAF.
The final section describes the Cold War and the development of jet-powered night-fighters and the changes in the air defence situation with the introduction of strategic bombers by the Soviet Union and the atomic bomb.

an outstanding combination of the many aspects involved with air intercept radarâ€¦ the author is very successful in blending technical, operational and military aspects of the subjects into a very interesting book.