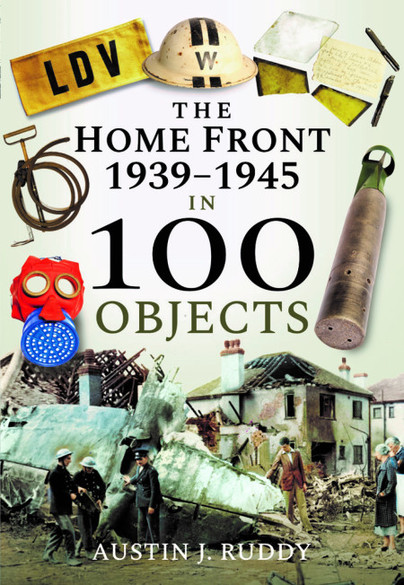 A lifesaving gas mask. A ration book, essential for the supply of food. A shelter stove that kept a family warm whilst they huddled in their Anderson shelter. A leaflet dropped by the Luftwaffe that was designed to intimidate Britain’s populace during the threat of invasion. A civilian identity card over-stamped with the swastika eagle from the occupied Channel Islands. A rare, previously unpublished, snapshot of legendary American bandleader Glenn Miller playing at a UK air base. A twisted remnant of German V2 rocket that went to space and back before exploding over London, the result of equally twisted military science. Colourful flag bunting that saw the VE celebrations in 1945: All disparate objects that together tell the moving and important story of Britain’s Home Front during the Second World War.

The ordinary objects featured in this book, whether those produced in their millions to the far from ordinary or unique, all portray and exude the highs and lows of the British people during six years of war. From the deprivations of rationing and the bombing of the Blitz, to the cheery songs, elegant fashions and ‘Dig For Victory’ spirit, are all captured in colour.

The phrase ‘If only this could talk …’ is often heard: in this book, the objects almost can. All the objects have a general contextual background history and any specific known associated story is also included, all in a clear form, with cross-references to related subjects.

Packed with colour and archive photos, facts, figures, dates and statistics for easy reference, The Home Front 1939–1945 in 100 Objects is the perfect book for students, historians, collectors and general readers, enabling a clear understanding of one of Britain’s most important historical periods.

Article: 'The items that spark memories of growing up during wartime' as featured by

Article: 'Poignant words of peace and remembrance in war time letter of condolence' as featured by

If you like your history books to be both informative and fun, look no further than this delightful read from Austin J Ruddy... Mr Ruddy has been a long-time collector of Home Front ephemera and he has managed to amass a fascination collage of wartime stuff. Putting it together in such a pleasing and educational way cannot have been easy, but he has smashed it and his book is a gem. Very highly recommended.

These "in 100 objects" books are one of the very finest ways to get to grips with how people used to live in part times. With the nostalgia genre at its very peak at the moment, our fascination with how our ancestors used to live is at fever pitch, fed by Ancestry and Find My Past websites which provide a valuable insight, but only in terms of people's names. The censuses will often give an indication of people's professions (with a huge number of people listed as "lunatic", particularly in the 19th century, when the bulk of the censuses are available, but it's essential to have visual clues as to how people lived and Austin's superb collection of "100 objects", even though a personal selection, is a terrific indication of the home front during the Second World War. Essential reading for nostalgia buffs.

It is 5 stars from me for this one, I thought it was a superb book and I devoured it from cover to cover. Full of facts, colourful images and it was a delight to read – a great way to introduce some of the lesser well known items too – very highly recommended!

The book is a discovery and a rediscovery page after page with unusual, tragic, sad, funny, exciting objects that tell us about the British Home Front in a new light. A book that can not miss on the shelf of fans of military and social history of the Second World War.

It is clear from the book that a lot of research and work has gone into this book by the author, who should be praised for such information and hard work. Now I am not of the age of the era, but being an avid fan I learnt a lot more than I expected. I had thought it would be a quick read in a night, but in reality, I spent the whole weekend reading from front to back and thoroughly enjoyed it. A book I heartedly recommend.

Born in North London in 1973, AUSTIN J. RUDDY was educated at Highgate School and the University of Leicester, where he attained his degree in Archaeology. He has studied and collected the social and military history of the Second World War, particularly the British Home Front, for most of his life. Austin has featured on television and radio discussing wartime history. Austin worked at the Leicester Mercury newspaper for twenty years, where he was editor of the popular ‘Mr Leicester’ daily local history page. He currently works in Leicestershire as a freelance researcher and writer. He enjoys books, gardening, animals, old buildings, music, watching football and classic comedy (sometimes they overlap), plus vegan food and drink. 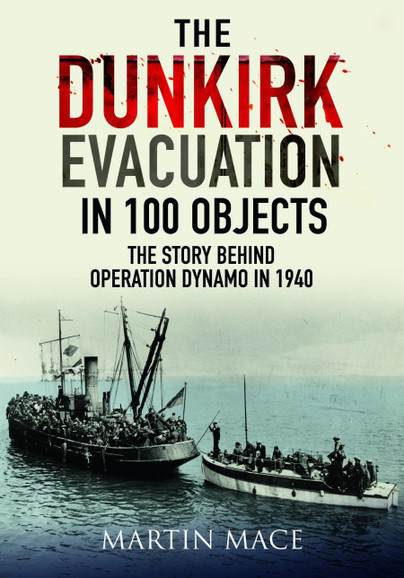 At 18.57 hours on Sunday, 26 May 1940, the Admiralty issued the directive which instigated the start of Operation Dynamo. This was the order to rescue the British Expeditionary Force from the French port of Dunkirk and the beaches surrounding it. The Admiralty believed that it would only be able to rescue 45,000 men over the course of the following two days, ‘at the end of which’, read the signal to Admiral Ramsey at Dover, ‘it was probable that evacuation would be terminated by enemy action’. The Admiralty, however, was wrong. Between 26 May and 4 June 1940, when Dynamo officially ended,…

Click here to buy both titles for £50.00
Customers who bought this title also bought...
Sale