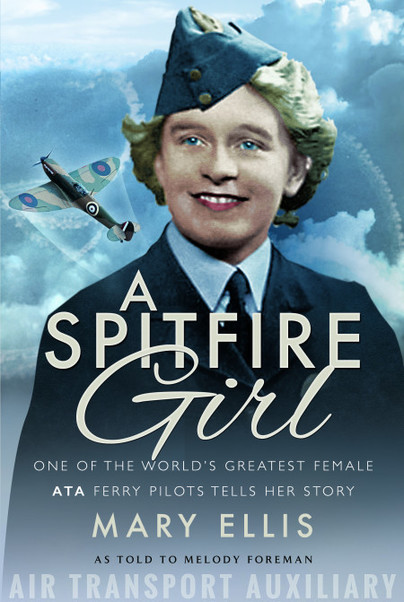 You'll be £4.99 closer to your next £10.00 credit when you purchase A Spitfire Girl. What's this?
Need a currency converter? Check XE.com for live rates


Mary Ellis comes across as a remarkable person. Her post-war career is just as impressive as her wartime exploits, and included a successful period as the only female airport manager in Europe, running Sandown Airfield on the Isle of Wight, and a successful career as a rally car driver – clearly speed was her thing! Her stories from the ATA were a mix of the light hearted, especially with the joy of flying and the friendships formed, and the dangers of flying with several of her friends dying in air crashes. As a result this is one of the most interesting Second World War autobiographies I’ve read (and probably one of the last to be written as the generation that flew in the war disappear).

Listed in ‘Further Reading’ part of Women With Wings article

Not only does [Mary] tell her own amazing story she reminiscences about many of the female colleagues.
The story needs telling and the authors have succeeded in writing a readable and captivating book.