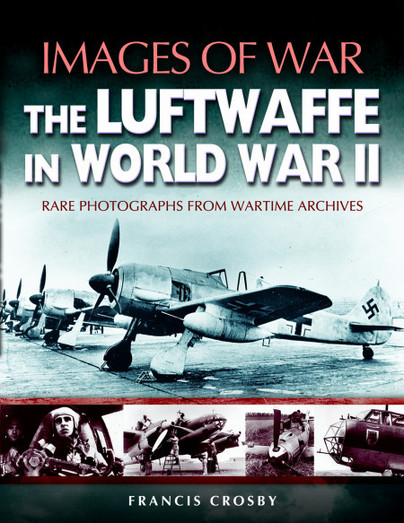 Click here for help on how to download our eBooks
Add to Basket
Add to Wishlist
You'll be £4.99 closer to your next £10.00 credit when you purchase The Luftwaffe in World War II. What's this?
Need a currency converter? Check XE.com for live rates

This book contains fascinating superb quality images from national archives, many of which have not been published before.' As well as featuring 'portraits' of many Luftwaffe aircraft types, including less well-known models, the book contains many images of Luftwaffe personnel.' Luftwaffe leaders, unit commanders, pilots and ground personnel are all included.' Detailed captions describe the subjects and place them in their historical context.''German air force operations in North Africa and Russia are also covered as well as Europe, the Battle of Britain and the Battle of the Atlantic.'Detailed aircraft interiors and close ups of uniforms and flying kit make this book a valuable reference guide for historians and modellers alike.'

The Luftwaffe and Britain's RAF clash for the first time

The Luftwaffe and Britain's Royal Air Force (RAF) clash for the first time, in the skies over the border between Germany and France, when German Me109s attack Fairey Battle bombers. The RAF loses two aircraft, while the Germans lose one.