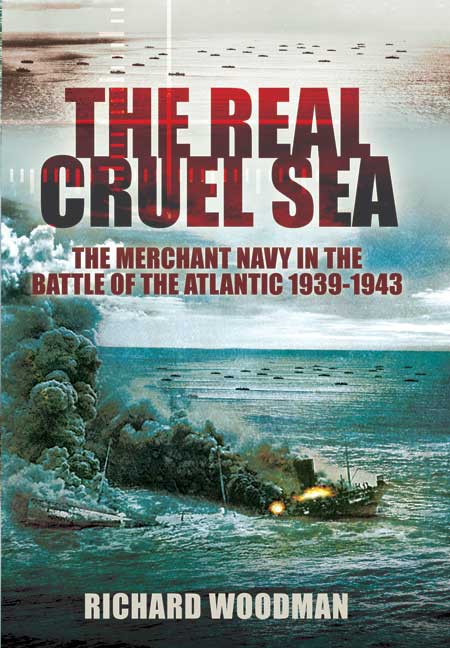 Click here for help on how to download our eBooks
Add to Basket
Add to Wishlist
You'll be £4.99 closer to your next £10.00 credit when you purchase The Real Cruel Sea. What's this?
Need a currency converter? Check XE.com for live rates

For the British, the Battle of the Atlantic was a fight for survival. They depended on the safe transit of hundreds of convoys of merchant ships laden with food, raw materials and munitions from America to feed the country and to keep the war effort going, and they had to export manufactured goods to pay for it all. So Britain's merchant navy, a disparate collection of private vessels, became the country's lifeline, while its seamen, officially non-combatants, bravely endured the onslaught of the German U-boat offensive until Allied superiority overwhelmed the enemy.

In this important, moving and exciting book, drawing extensively on first-hand sources, the acclaimed maritime historian Richard Woodman establishes the importance of the British and Allied merchant fleets in the struggle against Germany and elevates the heroic seamen who manned them to their rightful place in the history of the Second World War.

In this account, which draw extensively on first-hand sources, the maritime historian Richard Woodman establishes the importance of the British and Allied merchant fleets in the struggle against the Axis powers

Written by Maritime author and historian Richard Woodman this is a formidably good study of the battle between 1939 and 1943 when the tide of war began to turn against the German U-boat menace.