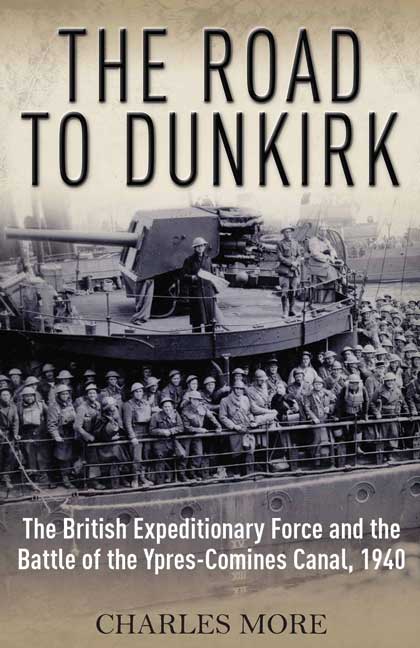 The Road to Dunkirk (ePub)

The British Expeditionary Force and the Battle of the Ypres-Comines Canal, 1940

Click here for help on how to download our eBooks
Add to Basket
Add to Wishlist
You'll be £4.99 closer to your next £10.00 credit when you purchase The Road to Dunkirk. What's this?
Need a currency converter? Check XE.com for live rates

This is an important reassessment of a critical period in the British Expeditionary Force's fight against the German armies invading France in 1940. On 25 May Lord Gort, the British commander, took the decision to move 5th Division north in order to plug a growing gap in his Army's eastern defences. Over the next three days the division fought a little-known engagement, the Battle of the Ypres-Comines Canal, to hold the Germans at bay while the rest of the BEF retreated towards Dunkirk.

The book describes the British Army of 1940 and outlines the early stages of the campaign before explaining the context of Gort's decision and why it was made. Then, using British and German sources, it shows how the British doggedly defended their line against heavy German attacks, and demonstrates that the Expeditionary Force was far more than the badly equipped and undertrained army which many historians have represented it as. This fresh look at the campaign also casts new light on other aspects such as the impact of the Luftwaffe and the Dunkirk evacuation itself.

As seen in Britain At War Magazine.

This book is important for all those interested in the fighting which proceeded the general retreat to and evacuation from Dunkirk.
The author has trawled numerous archival sources, which are well cited in this elegantly produced book.

This is one of the best accounts of operations in 1940 of recent years; it is rigorously researched, prepared almost to dissect received wisdom in pursuit of a more balanced account.
Wholeheartedly recommended.

In his new book, 'The Road to Dunkirk', author Charles More charts the incredible role the Derbyshire regiment played in the key, but almost totally unknown, battle of the Ypres-Comines Canal.

The book gives a detailed and fascinating account of this neglected battle, showing how the survival of the expeditionary force, and its successful evacuation from Dunkirk, helped cheat Hitler of a decisive victory.