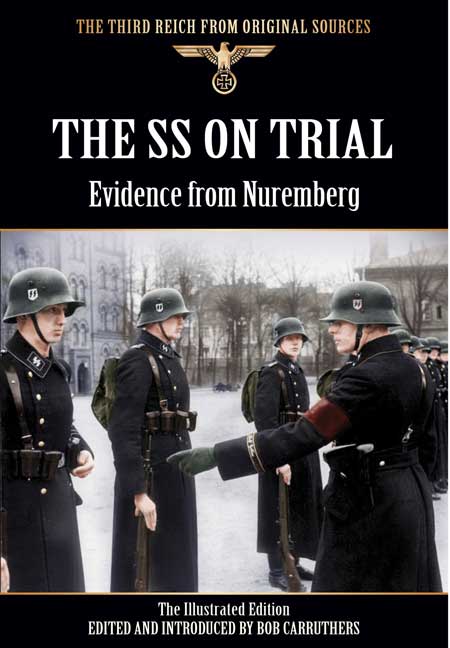 The SS on Trial (ePub)

Click here for help on how to download our eBooks
Add to Basket
Add to Wishlist
You'll be £4.99 closer to your next £10.00 credit when you purchase The SS on Trial. What's this?
Need a currency converter? Check XE.com for live rates

This fascinating volume is concerned with the trial of the SS and includes all the testimony from the Nuremberg Trials regarding this enormous organisation, including the original indictment, the criminal case put forward for the SS, the closing speeches by the prosecution and defence and the final judgment.

Former SS members often wondered why they were charged as war criminals when they just performed their “normal” duty. The Military Tribunal at Nuremberg was to attempt to answer that question.

The witnesses called for the trial of the SS include Freidrich Karl von Eberstein, an early member of the Nazi Party, the SA, and the SS, Paul Hausser, one of the most eminent leaders of the Waffen-SS who vehemently defended their military role in the war, Georg Konrad Morgen, a former SS judge, and Wolfram Sievers, the Reich manager of the Ahnenerbe.