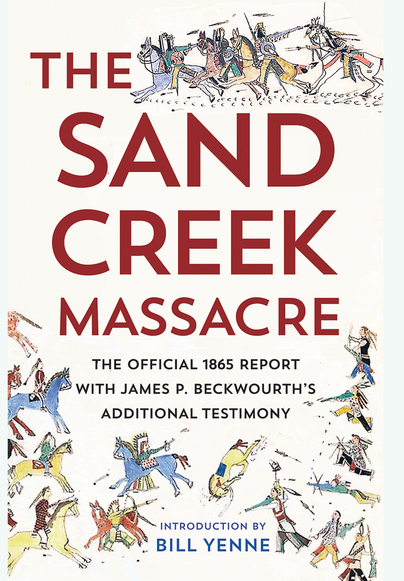 Add to Basket
Add to Wishlist
You'll be £10.49 closer to your next £10.00 credit when you purchase The Sand Creek Massacre. What's this?
+£4.50 UK Delivery or free UK delivery if order is over £35
(click here for international delivery rates)

On the morning of November 29, 1864, Colorado state cavalry under the command of Col. John Chivington attacked a peaceful encampment of mostly Cheyenne Indians along the Sand Creek in Colorado, slaughtering perhaps as many as 160 people, mostly women and children. It was one of the most egregious atrocities of the Indian Wars. Even with the country embroiled in a Civil War, the gravity of the situation can be gauged by the fact that within six weeks of the killings, a Joint Committee of Congress conducted a public hearing. Congress vilified Chivington summarizing his cowardly and racist attack in their published report: “Wearing the uniform of the United States, which should be the emblem of justice and humanity ...he deliberately planned and executed a foul and dastardly massacre.” This facsimile of this important report contains annotations made by a reader at the time as well as the typescript testimony of the African-American pioneer, James P. Beckwourth, in which he recounts the atrocity. This edition is introduced by Bill Yenne who places the Sand Creek Massacre in context and provided biographical information about the main persons involved.

I think I should point out that the testimony by James P.Beckwourth, a noted frontiersman who acted as a scout for the army, was not given to the Congressional Enquiry, but to a separate body set up by the army to look into the facts of the Sand Creek Massacre. Beckwourth had traded with the Cheyenne and knew many of them. A colourful character, his account of what happened is worth reading in its own right.

BILL YENNE is author of many books, including Sitting Bull (Westholme, 2008) and Indian Wars: The Campaign for the American West (Westholme, 2005). He was also a consultant for the History Channel’s “Command Decision: The Battle of the Little Bighorn.”