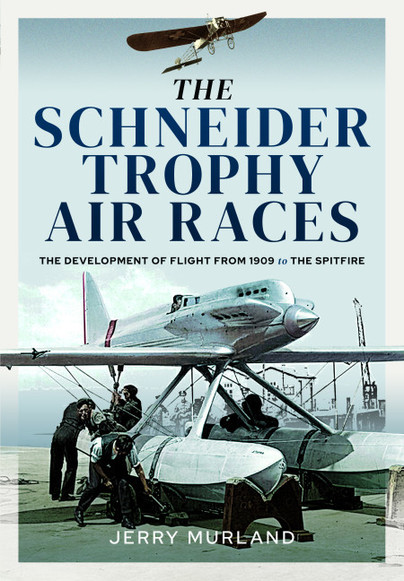 The Development of Flight from 1909 to the Spitfire

Preorder
Add to Wishlist
You'll be £15.99 closer to your next £10.00 credit when you purchase The Schneider Trophy Air Races. What's this?
+£4.50 UK Delivery or free UK delivery if order is over £35
(click here for international delivery rates)

When Jacques Schneider devised and inaugurated the Coupe d’Aviation Maritime race for seaplanes in 1913, no-one could have predicted the profound effect the Series would have on aircraft design and aeronautical development, not to mention world history.

Howard Pixton’s 1914 victory in a Sopwith Tabloid biplane surprisingly surpassed the performance of monoplanes and other manufacturers turned back to biplanes. During The Great War aerial combat was almost entirely conducted by biplanes, with their low landing speeds, rapid climb rates and manoeuvrability.

Post-war the Races resumed in 1920. The American Curtiss racing aircraft set the pattern for the 1920s, making way for Harold Mitchell’s Supermarines in the 1930’s. Having won the 1927 race at Venice Mitchell developed his ground-breaking aircraft into the iconic Spitfire powered by the Rolls-Royce Merlin engine. This new generation of British fighter aircraft were to play a decisive role in defeating the Luftwaffe and thwarting the Nazis’ invasion plans.

This is a fascinating account of the air race series that had a huge influence on the development of flight. 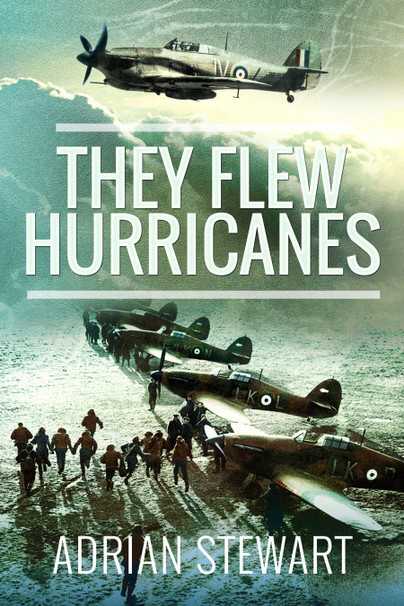 The Hawker Hurricane, together with the Spitfire, is the most famous aircraft of the Second World War. Many pilots including Douglas Bader thought it was superior to the Spit but together they saved Britain from Nazi invasion and possible defeat. Adrian Stewart has produced a gloriously atmospheric and nostalgic book capturing the spirit of this great aircraft and the pilots who flew them. It tracks the aircraft as it was developed and improved and follows it to the many theatres of the war where it saw service. Among the lesser known are Burma and the hazardous convoy protection both in the Arctic…

Click here to buy both titles for £30.98
More titles by Jerry Murland