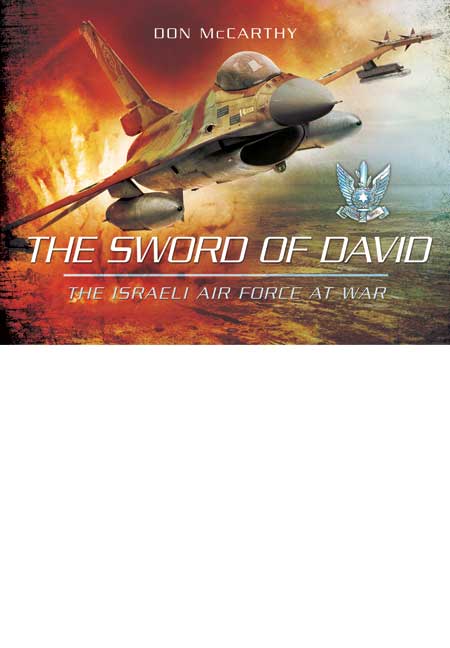 The Sword of David (ePub)

The Israeli Air Force at War

Click here for help on how to download our eBooks
Add to Basket
Add to Wishlist
You'll be £4.99 closer to your next £10.00 credit when you purchase The Sword of David. What's this?
Need a currency converter? Check XE.com for live rates

Founded in 1948, the Israeli Air Force has seen involvement in some of the most dramatic and important conflicts of post-War history. In action during the Suez crisis and on call during the Gulf War, the Force continued to see active deployment right through to the 2006 Lebanon War and beyond into recent conflicts in Gaza. This is a timely release therefore, setting recent events in historical context, and illustrating these key operations with a range of impressive colour photographs, many of which have never been published before. As we approach the Sixty Fifth Anniversary of the founding of the Force, it seems fitting that a photographic record should be published.

Don McCarthy is an established and well-respected aviation historian and as such is particularly well placed to produce such a work. Controversial contemporary conflicts between Israel and Iran make the publication of this record particularly pertinent, illustrating the history of these on going disputes and the conflicts that prefigured them. Included are images of iconic relics such as the historic Mirage and Skyhawk, as well as photographs of modern craft such as F-15s and F-16s. This library of images work to paint an engaging history of the Force, a presence in the skies for sixty five years.

A respected and well-informed historian, Donald McCarthy is the author of MiG Killers of the Vietnam War (Speciality Press, 2010), Those Who Were There:Ninety-Two True Stories of Combat Missions Flown Over North Vietnam (iUniverse, 2009), and USAF F-4 and F-105 MiG Killers of the Vietnam War 1965-1973 (Schiffer Military Books, 2005). Don served in the United States Air Force from 1964-1968, and served for eleven years with the Connecticut National Guard. He worked for 32 years as a criminal investigator with the Waterford, Connecticut Police Department. He continues to live in Waterford Connecticut with his family.