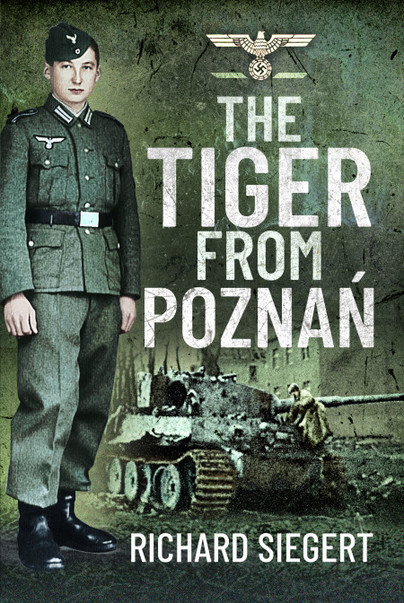 The Tiger from Poznan (ePub)

You'll be £4.99 closer to your next £10.00 credit when you purchase The Tiger from Poznan. What's this?
Need a currency converter? Check XE.com for live rates

In the Second World War, Poznan was a key river crossing and railway junction on the Polish-German border. When the alarm was given indicating the Red Army's approach in January 1945, the city's 80-100,000 German civilians were speedily evacuated, leaving a garrison of some 15,000 men, mostly poorly-armed infantry, to face the rigours of a siege conducted by a massively superior and ruthless enemy anxious to acquire this transport centre, which was vital for the advance on Berlin.

"...a glimpse of the life of a tank gunner on the Eastern Front during the war's final months."

The Tiger from Poznan is a thin book but an important book in that it tells the story of a young man put into an impossible position as a German gunner in a Tiger tank. With the odds very much against him, the story tells us about how he or his tank and tank team were forced to hold an important and strategic position all by themselves. In a way, this might be a small book but it packs a punch like a Tiger tank, it is written like a diary in that we learn almost a daily occurrence of how they had to put up with lack of supplies, the poor weather, lack of support etc etc. The number of maps, diagrams, drawings etc that accompany the book work well with the book and are an important part of the book which adds a lot of credit to the book. If anything it takes the book from a run of the mill retelling to a higher value read. A good quick read, but one everyone who is interested in the Tiger tank would enjoy.

An inherently fascinating and impressively informative account from a German perspective, Richard Siegert's "The Tiger from Poznan" will be of immense interest for World War II military history buffs and an important, appreciated, and valued addition to community, college, and university library World War II Military History & Biography collections.