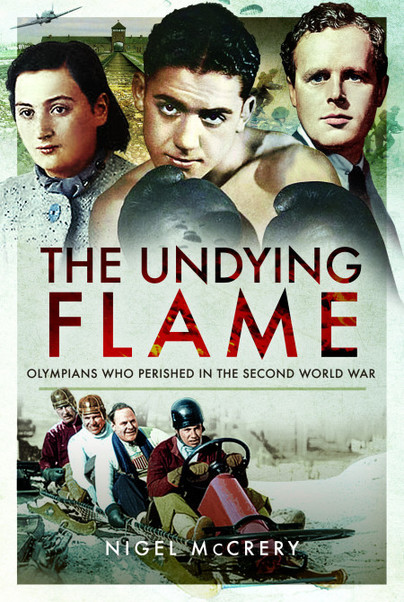 As seen in The Times.

As featured by the Mail Online: 'The British rower honoured for crossroads attack, the Polish long-distance champ murdered by the Gestapo and the Dutch gymnasts who perished in Auschwitz: New book remembers Olympian heroes who died in World War Two.'

You'll be £25.00 closer to your next £10.00 credit when you purchase The Undying Flame. What's this?
+£4.50 UK Delivery or free UK delivery if order is over £35
(click here for international delivery rates)

‘The Undying Flame: Olympians Who Perished in the Second World War’ is a full of fascinating characters - men and women who were full of spirit, striving for the heights of human endeavour, often in other fields as well as sport. Yet every tale ends badly. About as poignant reminder of the sheer waste and futility of war as one could imagine.

The British rower honoured for crossroads attack, the Polish long-distance champ murdered by the Gestapo and the Dutch gymnasts who perished in Auschwitz: New book remembers Olympian heroes who died in World War Two

The stories of almost 500 Olympians who were killed during the Second World War have been revealed in a new book.