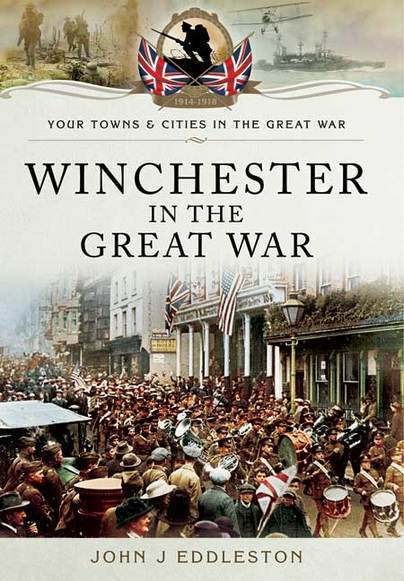 Winchester in the Great War (Paperback)

Add to Basket
Add to Wishlist
You'll be £9.99 closer to your next £10.00 credit when you purchase Winchester in the Great War. What's this?
+£4.50 UK Delivery or free UK delivery if order is over £35
(click here for international delivery rates)

The war of 1914-18 changed Britain forever. The movement for Irish Home Rule strengthened, women were in jobs they had never done before and, at the end of the war, were granted the vote for the first time. Political and military careers were won and lost and in all of these, Winchester played its part. Whilst this is a book about the Great War, that terrible conflagration which claimed so many lives, it is also expertly covers how that war touched the citizens of Winchester.

It can be said that every city, town, village and hamlet contributed to the war effort but some cities, of which Winchester is certainly one, were of crucial importance to the final victory. It is true that Winchester was a major army depot, but it was also a city concerned with attempts to keep some normality in life. There were stories of loss but there was also humour, entertainment, fund raising, patriotism and tales of the darker side of life. With over thirty illustrations, some never seen before, Winchester in the Great War is a thorough account of the daily hardships and triumphs of those living in the city during one of the most defining and significant periods in the history of Britain.