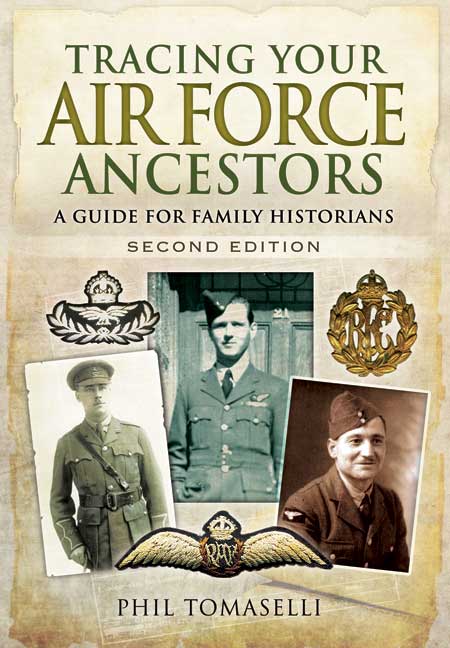 Add to Basket
Add to Wishlist
You'll be £7.50 closer to your next £10.00 credit when you purchase Tracing Your Air Force Ancestors Second Edition. What's this?
+£4.50 UK Delivery or free UK delivery if order is over £35
(click here for international delivery rates)

In this fully revised second edition of his best-selling Tracing Your Air Force Ancestors Phil Tomaselli explains which records survive, where they can be found and how they can help you in your research. Whether you are interested in the career of an individual air-man or woman, researching medals awarded to a pilot or crew member or just want to know more about a particular squadron or operation, this handbook will point you in the right direction.

Each era in air force history is described, from the pioneering days of early aviation and the formation of the Royal Flying Corps in the First World War to the creation of the Royal Air Force, its operations during the Second World War and its post-war development. Phil Tomaselli outlines the evolving organization of the air force in each period. He also provides pointers and examples which should help researchers find the records of units and bases that individuals served in, the kind of work they did, the aeroplanes they worked with and the men and women they worked alongside.

As featured in the Wiltshire Times.

Who Do You Think You Are? Magazine March 2016

Who Do You Think You Are? Magazine April 2016

This is a huge topic with enormous amounts of documentation to cover, and this volume will be extremely helpful to researchers.

The Friends of The National Archives

An essential comprehensive reference book not only for those with ancestors who served in the flying echelons of the military, but also historians researching medals and units.

This is an excellent book on how to research air force ancestors and its operational history. The merits of this book speak for themselves - if you research Air Force personnel or its history then this book should be on your bookshelf.

This revised and updated second edition is an essential read for anyone interested in researching their aviator ancestors. Phil Tomaselli is a well-known name in military and family history circles and Air Force ancestors is a thorough treatise of British military aviators which starts before the formation of the Royal Flying Corps in 1912 and extends beyond the Second World War. That said, most of the author’s work is concentrated on the First and Second World Wars and the period in between and there are, as you might expect, detailed studies of and pointers towards surviving records for the Royal Flying Corps, Royal Naval Air Service and Royal Air Force. Series and class numbers for surviving documents at The National Archives are listed in full and the book is well illustrated and above all, readable. Useful appendices give various orders of battle and a list of suggested titles for further reading. Highly recommended.

Far more than a dry list of potential routes of research; it is a complete and well-written history of Britain's military air service from the Boer War balloonists to the thousands of women who served in the Second World War. A recommended purchase. 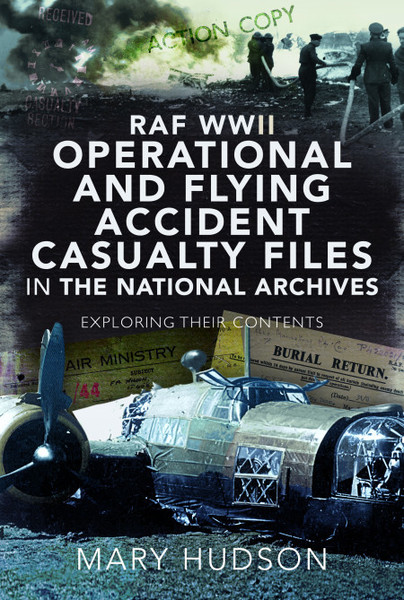 At its height during the Second World War, the RAF totalled 185,000 personnel. Men and women, from home and overseas, served alongside members of Dominion Air Forces, and those members of the air forces of occupied Europe who had escaped to fight on. All are covered in the RAF casualty files. The heaviest losses were suffered by the aircrews; in Bomber Command alone some 75,000 were killed, wounded or captured. All information concerning casualties was carefully compiled at the Air Ministry and now, from these the official records, those covering operational losses (in the air and on the ground),…

Click here to buy both titles for £32.50
More titles by Phil Tomaselli