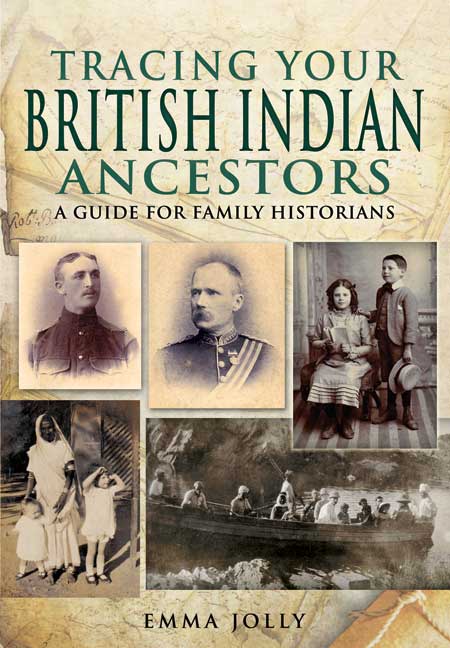 Tracing your British Indian Ancestors was named BOOK OF THE MONTH, September 2018 by The Institute of Heraldic and Genealogical Studies

You'll be £4.99 closer to your next £10.00 credit when you purchase Tracing Your British Indian Ancestors. What's this?
Need a currency converter? Check XE.com for live rates

Tracing Your British Indian Ancestors gives a fascinating insight into the history of the subcontinent under British rule and into the lives the British led there. It also introduces the reader to the range of historical records that can be consulted in order to throw light on the experience of individuals who were connected to India over the centuries of British involvement in the country.

Emma Jolly looks at every aspect of British Indian history and at all the relevant resources. She explains the information held in the British Library India Office Records and The National Archives. She also covers the records of the armed forces, the civil service and the railways, as well as religious and probate records, and other sources available for researchers.

At the same time, she provides a concise and vivid social history of the British in India: from the early days of the East India Company, through the Mutiny and the imposition of direct British rule in the mid-nineteenth century, to the independence movement and the last days of the Raj.

Her book will help family historians put their research into an historical perspective, giving them a better understanding of the part their ancestors played in India in the past.

The Institute of Heraldic and Genealogical Studies

As referenced in key sources part of 'My Eureka Moment' feature tracing ancestors in India.

As referenced in resources for tracking family in India part of 'Death and abandonment in 1920s India' article.

I'm pretty sure we don't have any links to India in our ancestral family tree, but if we did, this new volume in Pen and Sword's groundbreaking series would be invaluable! An essential addition to the collection.

By 'British Indians', Emma Jolly does not mean British citizens who are ethnically Indian, but those 'British ancestors [meaning, I think, British citizens of any ethnicity] who were born, lived or worked in the Indian region between 1600 and the late twentieth century'. The aim is to provide the user with a firm basis from which to launch his or her own research.

The main focus of the book is on the East India Company and state or national institutions, organisations and records. For me, it would have been easier to read had it begun with a simple historical narrative from the beginning to end of 'British India', with chapters on specific themes thereafter. Minor flaws include the occasional absence of definitive advice and a randomness about what is and is not included. For example, it would be helpful to know what, if anything, the ordinary family historian can do if they wanted to conduct research in India and lacks a 'sponsoring University/Institution' (p.18), and some sections include individual 'case histories', with the basis of selection and the purpose of including them left unexplained.

Tracing Your British Indian Ancestors is wide-ranging and full of information and it is well presented, adequately indexed, and sensibly priced. For complete novices, to have the information about and the contact details of non-commercial societies specialising in genealogical research may prove to be of greatest use, enabling them to learn from others. For the more experienced researcher, the wealth of information about some of the less obvious research resources should be invaluable.


Friends of The National Archives.

Pen & Sword have hit another home run, with another great addition to their family history series. This book will be of value both to the beginner and the more experienced researcher. It should be added to every good British research collection and is worth adding to one's personal library.

For those family historians who find a link to India in their investigation, this is a very useful reference book, which points the researcher to numerous resources. The book covers the period from the early 1600s in the reign of Queen Elizabeth I, to the late twentieth century, covering trading links, the period of British rule and up to Indian independence.
The book includes a useful glossary of terms and acronyms, including codes for key references, such as minutes, factory records etc.
Finding an ancestor with a potential link to India is an exciting and challenging prospect and this book will certainly aid any family historian wanting to discover more details.

Many of our ancestors went to India to work for the East India Company, to service in the army, to undertake various trading activities, or as missionaries. Some – the nabobs – came back with a fortune. It is therefore surprising that, until now, there has been no adequate guide to searching for ancestors in British India. The gap has at last been filled by the present work.
I knew little about Indian research before reading this book. I now know a good deal more. My judgement is that, if you have ancestors who worked in India for a while, your research will greatly benefit by playing close attention to what Emma Jolly has to say. Thoroughly recommended.

This is a history of the Indian sub-continent under British rile and of the lives of the British who were there at carious times. It is a comprehensive social history from the early days of the East India Company 400 years ago until just after the last days of the Raj in the 1940s. The difference aspects of control by the E.I.Co, the Government and the military are covered and there are specific chapters on topics such as merchants, shipping, railways, religion and schools.

Many of us have ancestors who lived and worked in India, not only for the East India Company, its Army and Navy, but in the Civil Service, the railways in India, mining and engineering and, of course, in tea. The book covers the period from 1600 to the late 18th century but offers a very useful chronology of the British in India from 1600 to independence in 1947… it describes the history and development of each strand of Indian society and gives advice on searching online records and where other data can be found. A very useful guide for your research into British India.

Tracing Your British Indian Ancestors gives a fascinating insight into the history of the subcontinent under British rule and into the lives the British led there. Her book will help family historians put their research into an historical perspective, giving them a better understanding of the part their ancestors played in India in the past.

The book is packed with useful information both about the history of the British in India, back to the origins of the British East India Company in the early 17th century through to Independence and far beyond. READ IT FOR: A definitive guide to exploring British roots in India.

Every aspect of British Indian history is covered in this book, plus all the relevant sources currently available in the British Library India Office and the National Archives. It covers the records of the armed forces, the Civil Service and the railways as well religious and probate records.

This impressive volume provides a detailed tour of the history and genealogical resources relating to British India. This is a book that cannot fail to assist you in your search for your British Indian Ancestors. 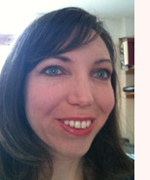 Emma Jolly is a professional genealogist who deals with a wide range of family history research. She is an expert on genealogical problem solving, and she has made a special study of the British in India. She writes regularly for family history publications. Her most recent books are Family History for Kids, Tracing Your British Indian Ancestors and My Ancestor Was a Woman at War: A Guide to Sources for Family Historians.