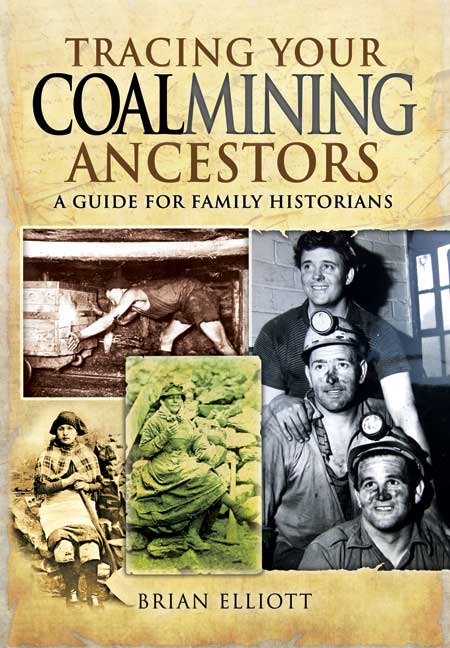 Click here for help on how to download our eBooks
Add to Basket
Add to Wishlist
Get Tracing Your Coalmining Ancestors (ePub) for FREE when you purchase 2 other eBooks.
Need a currency converter? Check XE.com for live rates

In the 1920s there were over a million coalminers working in over 3000 collieries across Great Britain, and the industry was one of the most important and powerful in British history. It dominated the lives of generations of individuals, their families and communities, and its legacy is still with us today – many of us have a coalmining ancestor.

Yet family historians often have problems in researching their mining forebears. Locating the relevant records, finding the sites of the pits, and understanding the work involved and its historical background can be perplexing. That is why Brian Elliott's concise, authoritative and practical handbook will be so useful, for it guides researchers through these obstacles and opens up the broad range of sources they can go to in order to get a vivid insight into the lives and experiences of coalminers in the past.

His overview of the coalmining history – and the case studies and research tips he provides – will make his book rewarding reading for anyone looking for a general introduction to this major aspect of Britain's industrial heritage. His directory of regional and national sources and his commentary on them will make this guide an essential tool for family historians searching for an ancestor who worked in coalmining underground, on the pit top or just lived in a mining community.

As featured in Who Do You Think You Are? Magazine and the Barnsley Chronicle.

As referenced in resources part of author article

The text is punctuated with research tips and case studies, for each chapter there is further reading suggested and the book is complete with a comprehensive index.
There is a wealth of information in this concise and authoritative handbook which will be invaluable to social and family historians seeking to learn more of the lives and work experiences of mine employees.

The author uses many case studies and extracts from miners' own stories to illustrate his chapters which cover topics such as the different jobs in the industry, the miners' working lives, accidents and disasters, diseases, the employment of women and children, trade unions, mining during the world wars and 'ephemera and memorabilia'.

This is a comprehensive and practical introduction to researching coal-mining history and its workers. There is a directory of national and regional sources with lists, by chapter, of further detailed reading and research suggestions.

A meticulous mixture of social and family history. Mining life created close communities. We learn about the close relationship between mining and the labour movement, miners at war and the role of women and children. Whether or not you have mining connections, this is an interesting socio-economic read.

A useful guide for anyone with a coal miner in his or her family tree.