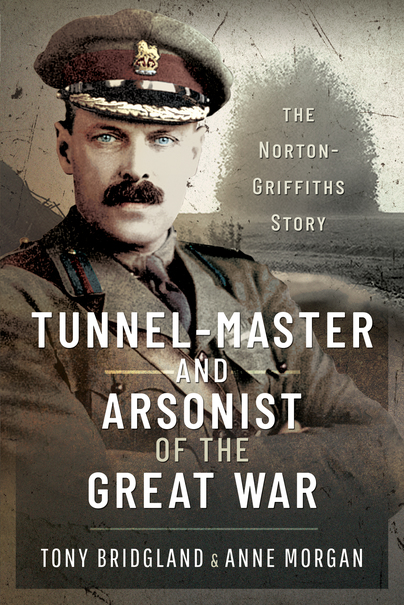 Add to Basket
Add to Wishlist
You'll be £14.99 closer to your next £10.00 credit when you purchase Tunnel-master & Arsonist of the Great War. What's this?
+£4.50 UK Delivery or free UK delivery if order is over £35
(click here for international delivery rates)

Sir John Norton-Griffiths was one of a breed of adventurer, pioneer, entrepreneur and soldier whose like is very seldom seen. Having learnt his trade and made his fortune mining the rich seams of South Africa, he turned his expertise to more deadly use in the Great War. He led the gallant miners who burrowed deep under enemy lines with devastating effect.

He went on to wreak havoc on the Danube. Always a controversial figure, he died (or was murdered?) in mysterious circumstances. This is the story of a true maverick who was a formidable force and legend wherever he went.

Tony Bridgland is an avid military historian with a keen nose for a good story and the ability to tell it well. Previously published works include Field Gun Jack versus The Boers, Sea Killers in Disguise and Naval Atrocities at Sea 1939-1945.