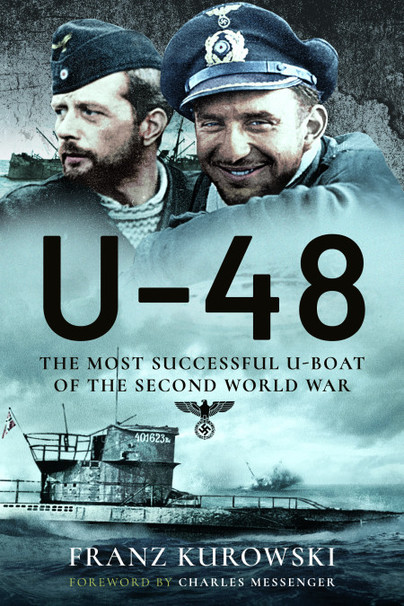 U-48: The Most Successful U-Boat of the Second World War (Paperback)

Add to Basket
Add to Wishlist
You'll be £14.99 closer to your next £10.00 credit when you purchase U-48: The Most Successful U-Boat of the Second World War. What's this?
+£4.50 UK Delivery or free UK delivery if order is over £40
(click here for international delivery rates)

Following the signing of the Treaty of Versailles in 1919, Germany was not permitted to build or operate submarines. Clandestine training about Finnish and Spanish submarines took place and U-boats were still built to German designs in Dutch yards.

At the outset of the Second World War, Dönitz argued for a 300-strong U-boat fleet, since his force of 57 U-boats 'could only inflict pin-pricks against British seaborne trade'. In August 1939, U-48 left Germany, commanded by 'Vaddi' Schultze, to take up a waiting position around England.

It scored its first success on 5 September, when it torpedoed the British freighter Royal Sceptre, then the Winkleigh on 8 September. On both occasions – the first of many – Schultze showed himself to be a notable humanitarian: he addressed signals to Churchill giving positions of the sinkings so that crews could be saved.

By 1 August 1941, U-48, the most successful boat of the Second World War, had sunk 56 merchant ships of 322,478 gross tons and one corvette. She was then transferred to the Baltic as a training boat. Schultze became commander of operation 3 U-Flotilla and later was appointed commander, II/Naval College Schleswig. He died in 1987 at the age of 78. U-48 was scuttled on 3 May 1945.

"U-48 is a memorable tribute to all U-Boat crews for their service and sacrifice they willingly gave to the Kriegsmarine."

"The book gives readers a detailed description of how the commanders of U-48 proved incredibly successful by sinking or damaging fifty-seven vessels (322,500 total gross tonnage) in two years."