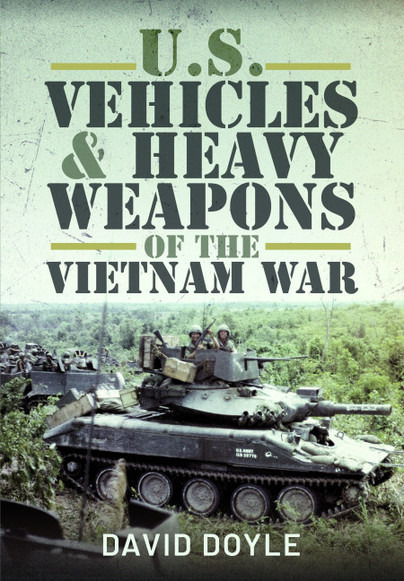 U.S. Vehicles and Heavy Weapons of the Vietnam War (Hardback)

Add to Basket
Add to Wishlist
You'll be £25.00 closer to your next £10.00 credit when you purchase U.S. Vehicles and Heavy Weapons of the Vietnam War. What's this?
+£4.50 UK Delivery or free UK delivery if order is over £40
(click here for international delivery rates)

"This informative and interesting book is a great reference for anything that moved on wheels or tracks during the Vietnam War, including amphibious vehicles. For what might have been a dry subject, David Doyle, an accomplished military vehicle expert, has much to tell the reader about the Vietnam War—from the driver’s seat."