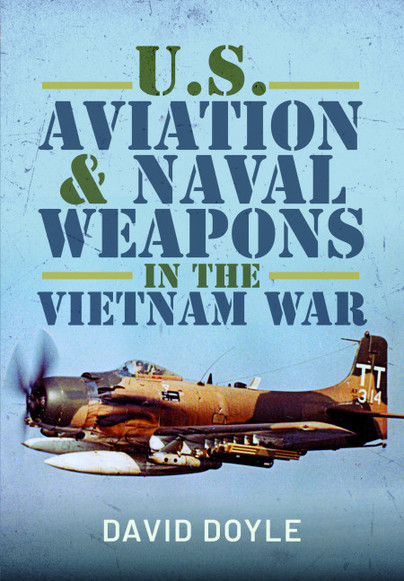 U.S. Aviation and Naval Warfare in the Vietnam War (Hardback)

Preorder
Add to Wishlist
You'll be £22.40 closer to your next £10.00 credit when you purchase U.S. Aviation and Naval Warfare in the Vietnam War. What's this?
+£4.50 UK Delivery or free UK delivery if order is over £40
(click here for international delivery rates)

During the Vietnam war, the US Air Force, Navy, Marines and the Army flew a variety of fixed wing aircraft against innumerable targets in Vietnam, occasionally engaging North Vietnamese Migs, but more often facing the threat of Surface to Air Missiles (SAM) or antiaircraft fire. In over 5 million missions during the war, US forces lost over 2,000 aircraft. This photo essay looks at the men and aircraft that comprised American airpower during the war. Among the aircraft shown are the A-1 Skyraider, A-7 Corsair, B-52, C-130, C-141, F-105, F-4 Phantom, and OV-1 Mohawk. The US Navy controlled the waters off Vietnam, employing not only aircraft carriers to support the air war, but also surface vessels ranging from the battleship USS New Jersey down to destroyers, which supported ground forces with heavy naval gunfire.