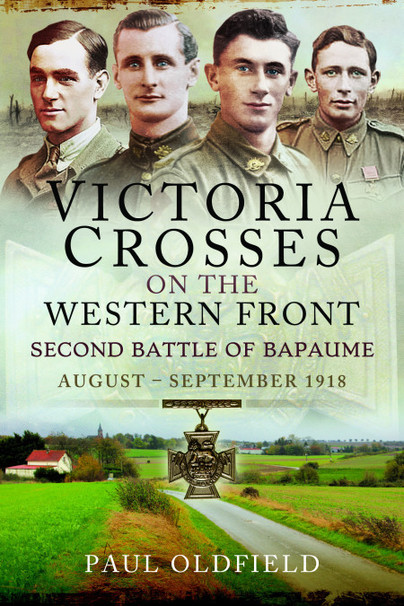 Add to Basket
Add to Wishlist
You'll be £15.99 closer to your next £10.00 credit when you purchase Victoria Crosses on the Western Front – Second Battle of Bapaume. What's this?
+£4.50 UK Delivery or free UK delivery if order is over £40
(click here for international delivery rates)

Victoria Crosses on the Western Front: Second Battle of Bapaume is designed for the battlefield visitor as much as the armchair reader. A thorough account of each VC action is set within the wider strategic and tactical context. Detailed sketch maps show the area today, together with the battle-lines and movements of the combatants. It will allow visitors to stand upon the spot, or very close to, where each VC was won. Photographs of the battle sites richly illustrate the accounts. There is also a comprehensive biography for each recipient, covering every aspect of their lives warts and all: parents and siblings, education, civilian employment, military career, wife and children, death and burial/commemoration. A host of other information, much of it published for the first time, reveals some fascinating characters, with numerous links to many famous people and events.