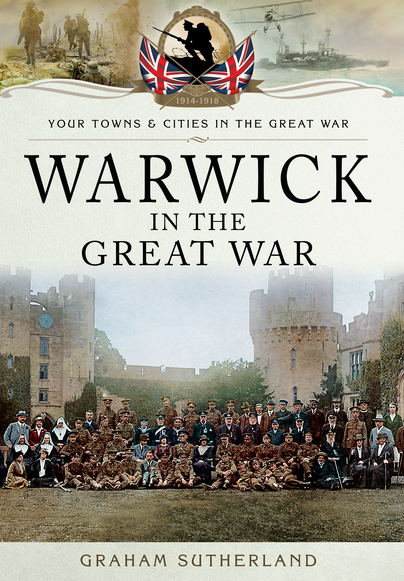 Warwick in the Great War (ePub)

Click here for help on how to download our eBooks
Add to Basket
Add to Wishlist
You'll be £4.99 closer to your next £10.00 credit when you purchase Warwick in the Great War. What's this?
Need a currency converter? Check XE.com for live rates

Warwick in the Great War is a detailed account of how the experiences of war impacted on the garrison town from the outbreak of the Great War in 1914, to the long-awaited Armistice in 1918, and its immediate aftermath.

The troops went off to war, cheered and supported by their friends and family, all in a high holiday mood, but underneath this jovial façade, their loved ones knew that some of the men would never return. Yet life went on, albeit with progressive and totally new experiences.

As the war stagnated, Warwick`s citizens offered practical support for troops both at home and abroad. How did they cope with returning wounded troops, and where did they go? Tribunals decided who should be given exemption from military service: difficult decisions, especially when food economies and the conscription of farm labourers were involved. Rationing was inevitable, but how was it enforced? What happened after the Army Pay Corps moved to Warwick? And then there is the question of the treatment of Prisoners of War, both in Germany and at home.

Using contemporary accounts, the author explores a little-known piece of Warwick`s history. Mainly looking at life on the home front, included are some extracts from the letters serving soldiers sent home, allowing these heroic men who lived through these momentous events, to tell their stories in their own words.