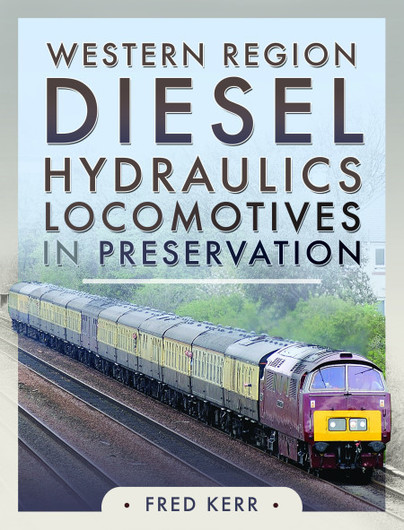 Add to Basket
Add to Wishlist
You'll be £22.50 closer to your next £10.00 credit when you purchase Western Region Diesel Hydraulic Locomotives in Preservation. What's this?
+£4.50 UK Delivery or free UK delivery if order is over £40
(click here for international delivery rates)

Highlight: Well designed and presented... this photobook is bound to be of interest.

Fred Kerr is a photographer whose lifelong interest in railways began in Edinburgh during the early 1950s and has continued throughout his life since. His family move to Northamptonshire in 1956 introduced him to the Midland Main Line where the transition from steam to diesel traction became important as Derby Works reflected the change with new locomotives being tested and introduced to service. His early ventures into photography began in 1961 but became established during his University years in the early 1970s. Taking early retirement in 1994 he has spent time working for Colin Garratt, a muse whose inspiration provided opportunities to photograph railway scenes that have proved to be historic as the railway undergoes changes in both its structures and operations.