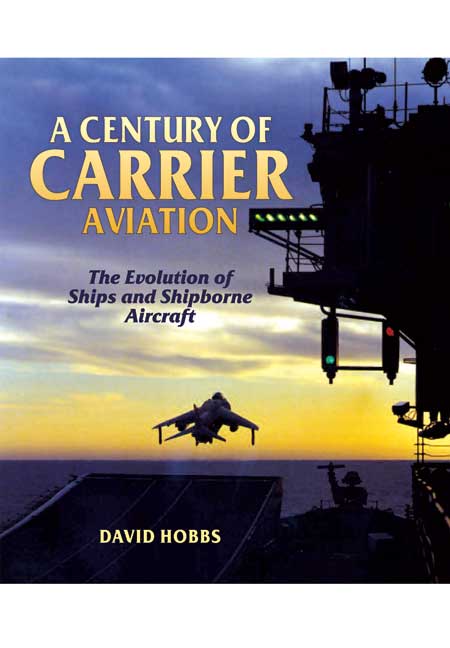 A Century of Carrier Aviation (ePub)

Click here for help on how to download our eBooks
Add to Basket
Add to Wishlist
You'll be £13.00 closer to your next £10.00 credit when you purchase A Century of Carrier Aviation. What's this?
Need a currency converter? Check XE.com for live rates

It is now almost exactly a hundred years since a heavier-than-air craft first took off and landed on a warship, and from the very beginning flying at sea made unique demands on men and machines. As warplanes grew larger, faster and heavier, air operations from ships were only possible at all through constant development in technology, techniques and tactics.

This book charts the progress and growing effectiveness of naval air power, concentrating on the advances and inventions - most of them British - that allowed shipborne aircraft to match their land-based counterparts, and looking at their contribution to 20th century warfare.

Written by a retired Fleet Air Arm pilot and and award-winning historian of naval flying, this is a masterly overview of the history of aviation in the world's navies down to the present day. Heavily illustrated from the author's comprehensive collection of photographs, the book will be essential reading to anyone with an interest in navies or air power.

This superb book, written by a former Fleet Air Arm aviator of distinction, tells the story of the Fleet Air Arm's carrier operations from its conception in 1915 till the demise of our carriers a year or two ago.

The book features a huge selection of good quality pictures, many from the author's own archive, showing the early attempts to not only take off but land an aircraft on a floating and constantly moving runway, and to do it successfully!

This book is priced at £40 - quality always does cost a little more - but I highly recommend it as a first-rate publication.

A very detailed and serious survey of the subject, written with great clarity and authority by a former curator of the Fleet Air Arm Museum, who also served in the Royal Navy for 33 years. The book itself is sumptuously produced with a superb selection of beautifully reproduced photographs from the author's personal collection, all with detailed, explanatory captions. It contains much solid historical and factual content as regards names, dates and facts in a very easily digestible form.

For a number of reasons it appears that the development of aircraft carriers is now roughly at the same stage as was the world's fleet of battleships at the start of World War Two. That is, on the verge of obsolescence. It is valuable, therefore, to be presented with this very high quality record of the development of this very important class of warship. Well and clearly written and supported with excellent photographs and drawings, the book has been produced with knowledge and passion.

Do I recommend this book? Categorically yes, the only dilemma being whether to look at all the pictures before reading the words!

Altogether, A Century of Carrier Aviation is a magnificent achievement. A glossary, bibliography and index round the work's usefulness as a reference book, but this is a volume that can actually be read from cover to cover as well. Thoroughly recommended.

The book is strongly recommended..... The text is rich in technical and human detail and is profusely illustrated..... It makes for a towering reference book.

Illustrated witha fine collection of images and plans......This valuable book must be by your side to inform any study of carrier aviation, but you will need to have a table to put it on.

David Hobbs, as is always the case, has produced a book which sets standards others seek to emulate but rarely achieve. The contents are exactly as in the title, the evolution of the ships and the aircraft they carried; thus the book moves from the Beginnings, through the Early Days and the various ways that navies used the different techniques up the innovations, British of course, and the development of shipborne aviation to the level it is today.

Interestingly also included are the various deck arrangements for a variety of carrier classes and small ships with chapters on flying from straight deck carriers (aircraft parked with their tail wheels on outriggers to provide increased deck space) through to the painted angled decks of the RNâ€™s carriers and thence to the techniques for flying from the fully angled deck ship.

The book strikes the balance between text, pictures and diagram and being of the more small coffee table size does not detract but enables the worth of the many excellent pictures to be fully experienced. Those pictures from the early days, of indeed good quality, provide a fascinating view of the experimental and dangerous steps towards the prime naval weapon.

Amongst the many fine pictures the picture of HMS UNDAUNTED sinking beneath the waves is particularly wrenching depicting the final moments of the first RN frigate to be fitted with a flight deck for the operation of small anti-submarine helicopters. After UNDAUNTEDâ€™s use for the trials of the Saunders Roe P531 the ship was a much valued and well used part of the Portland Squadron and many a helicopter pilot carried out their first practical ship borne landings on the deck. Many will see the depiction of the loss of this historic ship in 1978 (she was a conversion from an historic World War II destroyer) as symptomatic of our too frequent disregard for the worth of our Naval heritage.

This book is a very comprehensive coverage of the whole basis of operating aircraft at sea. It includes a set of comprehensive notes and most valuable, a Bibliography, the whole with an Index within 304 pages and a large range of pictures many of them seemingly not much known of before.

If a lasting momento of the Fleet Air Armâ€™s 100 years of service to the country is wanted then look no further.

The detailed examination of the inventions that better enabled naval fixed wing aviation are fascinating with the author writing from a position of experience with some of the systems.

While the book is written from a British point of view, the US contribution to carrier technology and development is not overlooked.

Written by a retired RN Fleet Air Arm pilot and award-winning historian of naval flying, this is a masterly overview of the history of aviation in the world's navies down to the present day. The book is heavily illustrated from the author's comprehensive collection of photographs. Nearly all the images are previously unseen.

This book is essential reading to anyone with an interest in naval air power. It is truly the last word on aircraft carrier development. This book cannot be recommended more highly.