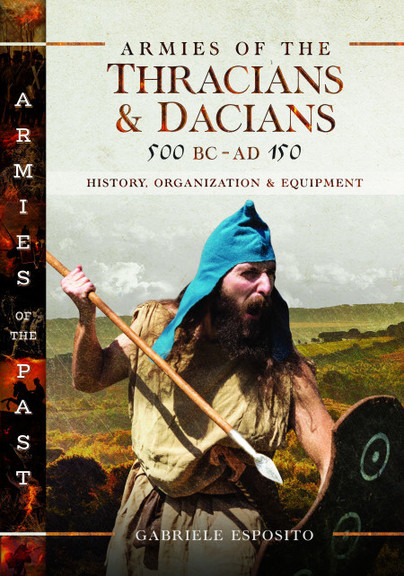 An extraordinarily informative and impressively detailed history the is remarkable enhanced throughout with full color illustrations and photography, "Armies of the Thracians and Dacians, 500 BC to AD 150: History, Organization and Equipment" is an essential, core addition to community, college, and university library Military History collections in general, and Thracian/Dacian supplemental curriculums in particular.

Another colourful and informative addition to the series that follows the same format as the others providing an overview of the history, organisation and equipment of these peoples. It is sumptuously illustrated with many full-page photographs of re-enactors and their equipment which brings the text to life and makes this ideal for anyone wanting to gain an understanding of these people and their time. Re-enactors and wargamers will find this of particular use in visualising the warriors.